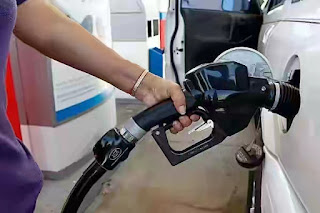 Barring any last unforeseen circumstances the Federal Government is set to reduce the price of fuel to 95 Naira per litre .

Our source in the presidency said president Buhari who oversees the Petroleum ministry is set to make the reduction which would take effect from the first week of November.

The cost reduction of fuel our sources claim is not in anyway related to  the current price in per barrel of oil .It is alleged that the Presidency are desperately looking for measures that would boost the electoral chances in next years General elections.

Presently the presidency is in consultation with stakeholders in the oil industry in both the upstream and downstream sectors to see ways the reduction could be feasible .Already fears are been raised about the possibility of such reduction and the implications it would have in the polity .Buhari who according to sources is adamant and insisting on going ahead with the plan reduction with high hopes of endearing the electorates to his government.

How the crisis that may follow with such a reduction without adequate consultations with oil stakeholders and OPEC is yet to be ascertained .

The Petroleum Product Pricing Regulatory Agency [PPPRA] and the Department of Petroleum Resources [DPR] have been asked to enforce strict compliance with the new pricing regime as soon as it becomes effective.

Already the Federal Government claims to be paying subsidy for the landing cost of PMS .

The new measure is a reversal of government’s policy on the matter.

When reminded of the technical difficulties involved with such a hasty reduction our source who craved anonymity claims that this is politics and remains strictly politics.

Recall in January 2015 the government of Goodluck Jonathan reduced the price of fuel from N97 per litre to N87 per litre on the eve of the general elections.