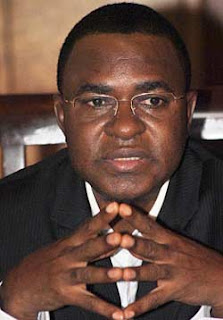 The former governor of Bauchi state, Malam Isa Yuguda on Thursday announced his defection from the Green Party of Nigeria (GPN) to the ruling party in the state, the All Progressives Congress (APC).

His former Commissioner of Information, Alhaji Salisu Barau, who announced the defection on behalf of the ex-governor at apress conference in Bauchi,  said Yuguda decided to cross-carpet to the ruling party after due consultations with his supporters and like minds who believed in the development of Bauchi state.

Barau said he was optimistic that this decision would have positive impact on APC in the state and the country at large.

“The purpose of this gathering today is to formally  inform the general public of the official defection of Malam Isa Yuguda from the Green Party of Nigeria, to All Progressives Congress.

“As at this morning, we have over 500,000 suppoters of Yuguda who have volunteered to follow him to APC,”Barau said.

The former commissioner also said that registration of more Yuguda supporters was still ongoing, adding that he was optimistic of having more followers.

“As I am talking to you now, the registration is still open and we believe between now and tomorrow, we may register almost a million people.

“Mallam Isa Yuguda and all his followers have volunteered to ensure the success of APC at all levels,” he said.

The News Agency of Nigeria (NAN) reports that Yuguda first won the governorship seat in Bauchi in 2007 under the All Nigeria Peoples Party (ANPP), after defecting from the then ruling Peoples Democratic Party (PDP).

Midway into his eight-year tenure as the state governor, he again defected back to the PDP, where he completed his tenure in 2015.

As a serving governor, he contested for the seat of Bauchi South Senatorial District under the platform of PDP in 2015 but suffered a crushing defeat in the hands of the then candidate of APC, late Malam Ali Wakili.

Soon after the election, Yuguda again dumped PDP and joined the newly formed Green Party of Nigeria (GPN), where he contested for Bauchi South Senatorial seat for the second time after the death of Ali Wakili,and was again defeated.

Since then, he had kept to himself until his formal defection to the All Progressives Congress (APC) today, Thursday.