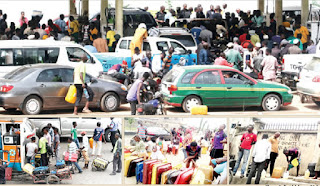 There may be shortage of fuel next week as the Nigeria Union of Petroleum and Natural Gas Workers has pledged its loyalty to the Nigeria Labour Congress and any step that the NLC decides to take.

The Federal Government on Friday obtained an order from the National Industrial Court restraining the organised labour from embarking on strike.

The NLC, the Trade Union Congress and the United Labour Congress had, however, insisted on embarking on the strike, claiming that they had not been served with court processes.

Attempts to speak with the presidents of the NLC and the TUC, Mr Ayuba Wabba and Mr Bobboi Kaigama, on Saturday proved abortive as they did not respond to calls made to their telephones.

However, the National President of NUPENG, Prince Akporeha, told our correspondent that since his union is an affiliate of the NLC, it would comply fully with any directive the NLC gave.

When asked if NUPENG would join the strike, he said, “Are we not an affiliate of the NLC? Is NUPENG on its own? Of course we are with the NLC.”

When reminded of the fact that a court had ordered unions not to go on strike, the NUPENG president said, “We are waiting for directives.”

Attempts to get the Petroleum and Natural Gas Senior Staff Association of Nigeria on Saturday also proved abortive as its President, Mr Francis Johnson, neither picked repeated calls to his telephone nor responded to a text message on Saturday.

The organised labour had fixed November 6, 2018 for the commencement of an indefinite strike over the failure of the Federal Government to approve the N30, 000 it is demanding as minimum wage.

Last week, the Nigeria Governors Forum said it could only pay N22, 500 as minimum wage, a position which was rejected by the unions.