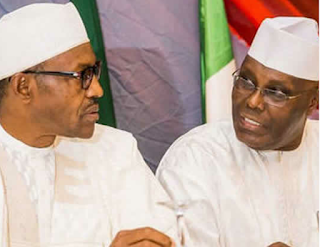 The Presidential candidate of the Peoples Democratic Party, Atiku Abubakar, has called on President Muhammadu Buhari to attend to the needs of Nigerians, instead of donating money to other countries.

Wondering why a country whose leaders planned to sell its national assets would be donating money, Atiku, in a statement issued by his media office in Abuja on Sunday, urged Buhari and his cabinet to be more prudent with the nation’s resources.

The former Vice President said that Nigeria’s resources should be used for the benefit of its people and not for other countries.

He noted that the President recently promised to donate the sum of $500,000 to Guinea Bissau, along with other materials.

Atiku said, “Our response is to ask why a nation that has been officially named as the world headquarters of extreme poverty, will donate her resources to others instead of using them to solve pressing domestic problems?

“This is the same government that is so cash strapped that it has so far borrowed N13tn in three years.

“How prudent is it to go about taking loans from whosoever cares and then turn around to give out the money when your own people are suffering the worst form of poverty?

“We call on the Muhammadu Buhari administration to cut its coat according to its cloth. He should stop donating like Father Christmas. He should attend to the need of Nigerians”

The former Vice President said that, having been part of a government that paid off Nigeria’s entire foreign debt in the past, there was no way he would pretend to be unconcerned with the way Buhari was “running the country.”