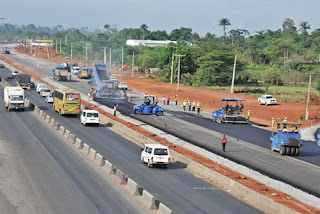 IT is disgraceful that the deadline for the completion of the Lagos-Ibadan Expressway has been shifted to 2021. Work resumed this year, but Julius Berger, the contractor handling the Lagos-Sagamu intersection end of the highway, has now dashed any hope of its completion anytime soon. Citing lack of funding and additional designs, it stated that the December 2019 completion date was no longer feasible. This is a severe blow. It betrays a spectacular lack of understanding on the dynamics that underpin a country’s socio-economic development by the Muhammadu Buhari administration.

Being Nigeria’s most notable road asset, the news of the postponement for another three years is devastating for the users. With a vehicular traffic of 25,000 per hour, the Federal Road Safety Commission says it is the busiest highway in the country. Ordinarily, this pivotal element ought to have compelled the Federal Government to expedite action on its reconstruction. That it did not, portrays the government as bewildered and unable to get its priorities right.

The rigmarole began in 2009, when the Umaru Yar’Adua administration concessioned the project to Bi-Courtney Highway Services. Valued then at N86.5 billion, Bi-Courtney was to build, operate and transfer to government after 25 years. With nothing concrete achieved, the Goodluck Jonathan government terminated the contract in 2012, by which time, the cost had risen to N112 billion. Oddly, that government wagged the dog on the project. The 127.6-kilometre road, now in a sorry state, was opened in 1978.

Eventually, Jonathan realised his unforgivable ineptitude and inaugurated the repairs in 2013 at the cost of N167 billion, which was to be undertaken by Julius Berger and Reynolds Construction Company. He pledged that the reconstruction would last four years. As expected, the inauguration elicited optimism. But it turned out to be a mere political gambit ahead of the 2015 elections: absurdly, in the last budget of his tenure, the Federal Ministry of Works had a capital vote of only N11 billion.

The unending farce has brought untold pain to those who pass through the road. The Buhari government, which succeeded Jonathan, has made efforts to complete the project, but the pace of work is too slow, owing primarily to poor funding.

It allocated only N31 billion to the road in the 2017 budget. However, by then, it owed the contractors N15 billion. But even this inadequate sum was consumed by the bitter ethnic politics in the Senate. Some lawmakers mischievously argued that the road “belonged to the South-West.” Therefore, the lawmakers irresponsibly slashed the vote to N10 billion and used it to fund their corruption-driven constituency projects.

The parliamentarians have continued to play petty politics with such a critical economic livewire that connects Lagos – Nigeria’s commercial hub – with other regions of the country. Although Kabiru Gaya, the Chairman of the Senate Committee on Works, pontificated about the delay when Julius Berger officials told the senators about the 2021 completion during their latest oversight visit, that trip was all about playing to the gallery. Interestingly, in the 2018 budget, the National Assembly unilaterally knocked off an aggregate of N11.5 billion from funds allocated to some capital projects, including the Lagos-Ibadan Expressway, the Second Niger Bridge and the Itakpe-Ajaokuta rail project.

Consequently, there is daily gridlock on the route these days, creating chaos, helplessness and insecurity. That the government is not mindful of this mayhem and is proposing 2021 as the new completion date is baffling.

Indeed, Nigeria has serious infrastructural deficit. In 2017, the Infrastructure Concession Regulatory Commission stated that 135,000 kilometres of Nigeria’s 195,000 kilometres road network was un-tarred. It said, “Of the paved roads, a large proportion is in very poor, unacceptable condition due to insufficient investment and lack of adequate maintenance”
The Senate ought to appreciate the fact that critical road infrastructure that can trigger the much needed economic rebound should be accorded special attention.

Unfortunately, the legislature lacks foresight and elevates personal interest above national interest in the allocation of resources. This is partly why Nigeria wallows in underdevelopment. The same National Assembly added N10 billion to its own budget in 2017 and another N14.5 billion in 2018, while cutting allocation to national infrastructure projects.

Already, the completed sections of the road are relapsing into disrepair. With the daily increase in the volume of traffic, it is likely that by 2021, the road might be in need of another major expansion. Elsewhere, the global best practice is to devote special attention to the development of key infrastructure. In 2014, the United States spent $165 billion on its highways. According to the US Federal Highway Administration, that country constructed an average of 13,788 centre-line miles of new roads annually between 2000 and 2013.

From 2011, India has been constructing 75 kilometres of rural roads daily. Therefore, there is no tenable excuse for the contrived delay on Lagos-Ibadan. Gaya and his colleagues in the National Assembly should get off their high horse and start alleviating the sufferings of the public.

Notwithstanding the vote from the executive, the lawmakers should appropriate enough funds to complete the road in the 2019 financial year. Through regular oversight, lawmakers should monitor the progress of work. Other critical road assets like the Apapa roads, the East-West Road, the Second Niger Bridge and the Ilorin-Kaduna Road also deserve expedited treatment.