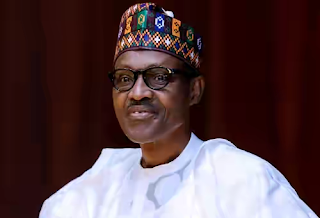 Former Deputy National Publicity Secretary of the All Progressives Congress (APC), Comrade Timi Frank, has accused the presidency of plot to withdraw the sum of $3.5bilion from the Central Bank of Nigeria to fund the 2019 reelection campaign of President Muhammadu Buhari.

Frank in a statement in Abuja, said the whooping sum represents the amount the presidency is planning to pull out from one single source to fund the election. 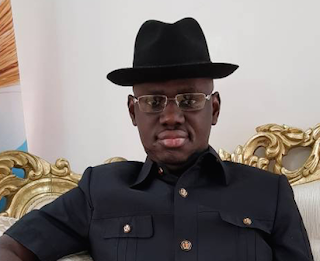 He added that the presidency has already commenced spurious tax assessment against local businesses and multinationals operating in the country to raise additional dollars to finance the election.

He said that the Foriegn Reserve Account is also being scrutinized to determine how much can be ‘safely pulled out’ of it without arousing suspicion from the public for the same purpose.

Frank said: “It is unfortunate that Buhari has decided to jettison his avowed ‘integrity’ and playing along with rouge elements in his cabinet to perpetuate illegality in order to fund his re-election.

“This unholy move further represents a fundamental breach of the Constitution, since the proposed withdrawals have not been presented to the National Assembly for consideration and approval in line with Section 80 (3) of the Constitution.

“He said that the illegal tax assessment against Nigerian businesses and multinationals under the guise of ‘royalty payments’ amounts to double taxation, capable of stifling investment inflows into the country and further fueling the already saturated unemployment situation in the country.

“I am still wondering why a government that is still foot-dragging in approving the payment of N30,000 minimum wage demanded by workers intends to assault the country with such brazen finagling with its commonwealth.

“How can companies already under severe yoke of a depressed economy again be made to cough out $200million in ‘taxes’ with the direct consequences of massive job loses being imminent”? he queried.

He stated that the International Community is in no doubt aware of the suffocating business environment in Nigeria as attested to by a former United Kingdom Secretary of State for International Development, Priti Patel, who in a recent Op-Ed for the London business newspaper, City A.M., sternly warned investors to be wary about doing business in Nigeria.

The lawmaker had specifically stated that the Buhari-led administration is notorious for flouting international law, disobeys court decisions, and added clearly that ‘there has been no reduction in corruption since Buhari took office.’

“How can a government that has locked away the former National Security Adviser, Sambo Dasuki and prosecution leaders of the Peoples Democratic Party over alleged diversion of $2.1billion meant to purchase arms to fight against Boko Haram, now turn around to devise same criminal method to fund their reelection campaign?

“Little wonder that the APC recently mocked the PDP and its presidential candidate, Alhaji Atiku Abubakar by alleging that they lack funds to prosecute the 2019 campaigns simply because they are not in a position to deep their hands into the national coffers like they have perfected plans to do.

“He called on Nigerians to wake up and resist this looting spree and financial heist about to be visited on citizens who have rendered abjectly poor and dehumanized by the clueless leadership provided by Buhari and the APC since 2015.

“I must say that this illegality and looting arrangement by the presidency is a direct peep into what their #Next Level Nigeria Campaign would bring the way of Nigerians should they again be voted into office in 2019,” he stated.

He stated that the money being pulled in by the presidency is to enable them buy votes, bribe security and Independent National Electoral Commission officials on election duty in order to secure undeserved victory.