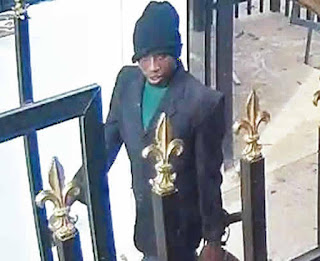 The House of Representatives has resolved to investigate  the circumstances surrounding the death of the principal suspect in the bank robberies and killings in Offa, Kwara State, Michael Adikwu, in custody of the police.

While accusing the police of human rights abuses and extrajudicial killings, the lower chamber of the National Assembly alleged that the security outfit was manipulating criminal cases.

The move followed the adoption of a motion moved by Mr Zakari Mohammed at  the plenary on Thursday.

The House mandated the Committee on Police Affairs,  Human Rights and Justice to “carry out an investigative hearing into the facts surrounding the time and circumstances of the death of the suspect and report back in four weeks”.

The committee was also  mandated to “uncover the issues and questions as to when the suspect died, how he died, why the police denied the facts of his death, at what point the police are covering up the facts”.

They also resolved that the panel should “unravel issues of human rights abuses, extrajudicial killings, and manipulation of criminal investigations by the police”.

Mohammed, in the motion, alleged that the police made conflicting claims on the death of the suspect.

He said, “The House noted the shocking disclosure by the police that Michael Adikwu, the principal suspect in the unfortunate bank robberies  in Offa, Kwara State,  that occurred on  April 5,  2018 is dead.

“The House is aware that the police initially confirmed to the Attorney General of Kwara State through the Force Public Relations Officer, Moshood Jimoh, that the principal suspect was alive and in custody, and was helping the police in their investigation.

“The House is concerned that it took the police so long to make the disclosure about the death of the principal suspect after denying its veracity as was reported in the media. The House is worried that there have been inconsistencies in the various statements by the police and a possible cover-up of this extrajudicial killing with the aim of tarnishing the image of some innocent individuals for political purpose.”

Mohammed also stated that the lawmakers had the constitutional duty to act wherever such level of “irresponsibility and recklessness of an important law enforcement agency such as police” had risen in the course of investigations into a vicious crime.

The other five suspects brought before the court for arraignment were Ayoade Akinnibosun, Ibikunle Ogunleye, Adeola Abraham, Salaudeen Azeez and Niyi Ogundiran.

No fewer than 32 persons  were killed in the robbery operations that affected five commercial banks.