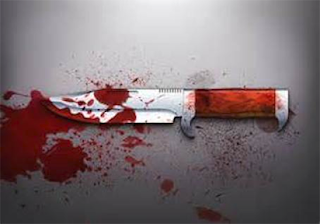 A 33-year-old woman, Chioma Iwu, who police accused of stabbing her brother-in-law with a broken bottle on Friday appeared in a Yaba Chief Magistrates’ court Lagos.

Iwu, who resides in Lekki area of Lagos, is charged with assault.
The police prosecutor, ASP Roman Unuigbe, told the court that the accused committed the alleged offence on July 27 at about 6:35 a.m. at the complainant’s residence at Flat T20, unit 3, Lekki Gardens, phase IV in Ajah area of Lagos.

According to Unuigbe, the complainant, Mr Nwobike Godwin, who had a misunderstanding with his wife, had gone to demand for some of belongings and an argument ensued between him and the accused.

The prosecutor alleged that the accused then went into a room and brought out a broken bottle and stabbed him on his left hand and head.

The offence, he said, is punishable under Section 246 (a) of the Criminal laws of Lagos State, 2015 (Revised).

The News Agency of Nigeria (NAN) reports that Section 246 (a) stipulates a seven-year jail term for the offence of assault occasioning grievous harm.

The accused, however, pleaded not guilty to the charge.

Chief Magistrate Peter Ojo, in his ruling, admitted the accused to bail in the sum of N100,000 with two sureties in like sum.

Ojo ordered that the sureties must be gainfully employed with an evidence of three years’ tax payment to the Lagos State Government.

He adjourned the case until Dec. 19 for trial.

0
Previous post “Are you losing your mind? Would you like more control over it?, Then it’s time to Own it!”… follow ‘Own Your Mind’ by Ademola Adeyemi on Naijahitplay
Next post Corruption: Leave me alone, face Transparency International, Jonathan tells President Buhari
Admin