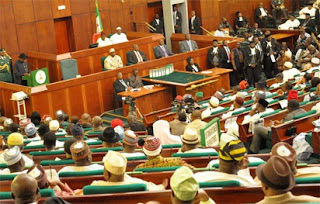 Four  House of Representatives members, on Thursday, resigned their membership of the ruling All Progressives Congress (APC) and the main opposition, Peoples Democratic Party (PDP).

The lawmakers announced their resignations in separate letters to the green chamber, which were read on the floor of the house in Abuja by the Speaker, Yakubu Dogara.

Three members left the APC while a member dumped the PDP.

In the letters, the lawmakers made references to irreconcilable issues relating to the party primaries as part of the reasons for the resignation and defection.

The legislators said after due consultations with their constituents, it was time for them to part ways with the APC and PDP.

A gale of defection has continued to hit the lower chamber as aftermath of the party primaries.

Many aggrieved members could not get their parties’ tickets for the 2019 elections. (NAN)