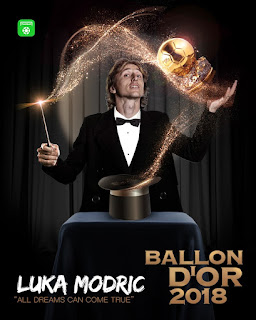 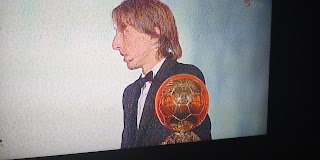 Modric has made a perfect performance in the past year. He led Real Madrid to win the 3rd straight Champions League Championship and guided Croatia to the final in 2018 World Cup.
The Croatian being crowned the FIFA Best Men’s Player of the Year has significantly changed the football landscape, becoming the first non-Messi or Ronaldo player since Kaka in 2007 to lift such an award. Besides, Modric was chosen in FIFA/FIFPro World XI, and won FIFA Golden Ball and UEFA Best Player.

0
Previous post Just in: APC Has Made Sanwo-Olu’s Defeat Easier For Me – Jimi Agbaje reveals
Next post Video: Watch the Disgraceful Moment as Police arrest Nigerian Singer Small doctor and Told him to lay down on the Floor for illegal Gun Possession
Admin