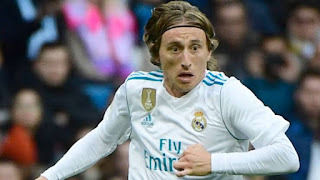 The winner of the 2018 Ballon d’Or will be revealed at a glittering ceremony in Paris on Monday evening, with Croatia’s Luka Modric and a host of French World Cup winners all hoping to finally end the 10-year duopoly of Cristiano Ronaldo and Lionel Messi.
Ronaldo and Messi have dominated the award for the last decade, claiming it five times each, but the expectation is that a new name will be read out as this year’s winner at just after 10pm (2100 GMT) at the Grand Palais, just off the Champs-Elysees.

While Ronaldo won another Champions League with Real Madrid in a typically prolific year, and Messi continues to mesmerise for Barcelona, both are now in their 30s and neither really stamped their authority on the World Cup in Russia. 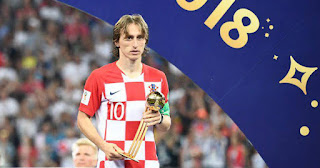 That could be crucial. As FIFA president Gianni Infantino said recently: “You could give the Ballon d’Or to half the France team for what they did at the World Cup.”

Six members of the France side that triumphed in Russia are among the 30 nominees for the award, which is organised by France Football magazine and voted for by 180 journalists from around the world.

The last Frenchman to win the Ballon d’Or was Zinedine Zidane in 1998, on the back of France’s World Cup victory on home soil that year.

But perhaps the lack of one standout French candidate has cleared the path for Modric, who heroically helped drag his country to the World Cup final before being beaten by France in Moscow.

The 33-year-old was also brilliant in the Real side that retained their Champions League crown for the second year running, and the Spanish club would love to see him succeed 2016 and 2017 winner Ronaldo, who has since left the Bernabeu for Juventus.

Club influences aside, Modric would be a worthy winner, even if he lacks the incredible statistics of Ronaldo and Messi.

Recent evidence also goes in favour of the little playmaker, who won the Golden Ball for the best player at the World Cup before claiming UEFA’s prize for player of the season and FIFA’s best player award in September, beating Mohamed Salah and Ronaldo to the latter.

“Modric is an exceptional player. He has shown that throughout his career, not just at Real but also at his former clubs and with his country,” said Real coach Santiago Solari of a player who grew up during Croatia’s independence war.

“He must have grown up in a very hard context and I wonder if that helped him to have the character he has.”

With Modric emerging as the most likely winner, France coach Didier Deschamps was even asked this weekend if his country’s World Cup triumph could be somehow devalued by the lack of a Ballon d’Or to go alongside it.

“I don’t want to get into that debate. I don’t vote. I just hope it is a Frenchman. Whoever wins it will deserve too,” he said.

In any case, the gala — which will be presented by a former France player in David Ginola — will include a prize for the best player aged under 21, the Kopa Trophy.

Mbappe, who turns 20 later this month, seems a certain winner of that award, voted for by 33 living former Ballon d’Or winners.