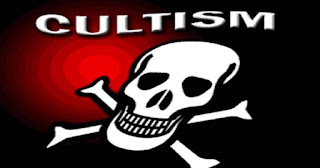 The Edo House of Assembly, on Monday, passed a Bill to repeal and re-enact the law to prohibit the existence, membership and activities of Secret Cults in the state.

The motion to consider the Bill at the committee of the House, was moved by the Majority Leader, Roland Asoro, member representing (APC Orhionmwon South) and seconded by the Chief Whip, Iyoha Osaigbovo (APC-Oredo East).

The Bill prescribes 21-year jail term for secret cult members and 7-year imprisonment for anyone who harbours a cultist.

The Bill also prescribes that all offences under the law shall be by summary trial and empowers the police to arrest suspected cultists without a warrant.

Meanwhile, the Speaker of the House, Kabiru Adjoto, has constituted a 5-man Ad-hoc Committee to investigate the circumstances surrounding the abandonment of the Tayo Akpata University of Education from taking off as approved by the state government, few years ago.

The constitution of the committee followed a petition by 11 host communities of the institution to the House protesting the abandonment of the University.