We are ready to meet Atiku in court 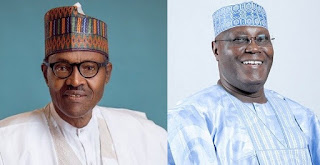 The All Progressives Congress, APC Presidential Campaign Council has denied seeking to stop Alhaji Atiku Abubakar, the Peoples Democratic Party, PDP presidential candidate, from going to court to challenge the outcome of the February 23 poll.

It also distanced itself from a group which it calls itself ‘Buhari Campaign Organisation,’ it said has been mounting the campaign on the social media on behalf of the APC and President Muhammadu Buhari, and declared its readiness to meet Atiku in court

Director of Strategic Communications, APC Presidential Campaign Council, Mr Festus Keyamo, SAN, in a statement, yesterday, said the group should be ignored because Atiku Abubakar has the constitutional right to seek redress in court.

Titled: ”We do not seek to stop Alhaji Atiku Abubakar from going to court,” the statement read in part: ”Our attention has been drawn to some news item and posts on social media reporting that we wrote a letter to some international bodies to prevail on Alhaji Atiku Abubakar not to proceed to court to challenge the result of the 2019 presidential election.

”Our official position is that we believe that Alhaji Atiku Abubakar has a constitutional right to seek redress in court and we do not seek in any way to curtail that right. In fact, it is the resort to the court that is the only democratic way to ventilate his perceived grievance and any attempt to restrict or discourage the exercise of such right would be an invitation to anarchy.

”In addition, we are very anxious to meet Alhaji Atiku Abubakar in court in order to show the world in a conclusive manner the free and fair nature of the comprehensive defeat of Atiku at the polls. An election is not termed ‘rigged’ only by the mere claim of it by the loser… We therefore totally disassociate ourselves from the letter purportedly written by one of, perhaps, many support groups of President Muhammadu Buhari. They may have a right to their opinion, but it does not represent our official position.”