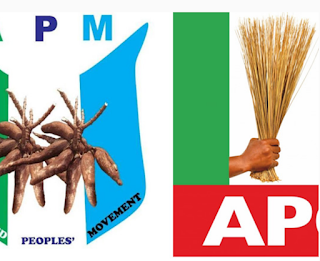 One person died on Thursday, while scores were injured as supporters of the All Progressives Congress and the Allied People’s Movement clashed  in  the Ifo Local Government Area of Ogun State .

Our correspondent gathered that the APC had organised a rally in Ifo ahead of the March 9 governorship election in the state.

The development, according to an eye witness, triggered violence as supporters of both parties engaged in a free-for-all which led to scores from both sides sustaining various degrees of injury.

Our correspondent gathered that the deceased,  identified as Thompson Eleka, was a member of the APC in Ifo.

The Police Public Relations Officer in the state, Abimbola Oyeyemi, said the police had arrested 10 suspects in connection with the crisis.