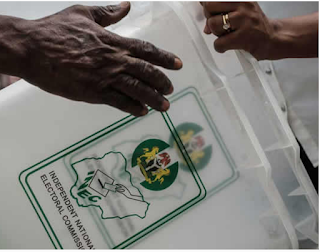 Tension arose as nine ballot booklets got missing at the Ogudu collation centre for Ward 4 voting centre in the Kosofe area of Lagos State.

A PDP agent, Kunle Aladiyan, said the missing booklets were discovered this morning while INEC officials were distributing election materials to each ward.

Aladiyan, who noted that the party was not going to participate in the election without the missing booklets, noted that a similar issue occurred in the 2015 elections and they were pleaded with to let go.

He added that he urged the INEC officials to count the booklets before bringing the materials but the officials allegedly refused.

Aladiyan said, “That is how we lost 2015 election. We participated in the exercise thinking it would favour us, only for the missing booklets to find their ways to the ballot. We don’t want to be fooled again.”

A PDP Senatorial candidate in the last National Assembly election, Sherifat Olushola-Hassan, also said that the party would participate on the basis that all ballot papers belonging to ward 4 would be distributed.

An INEC official from Kosofe who spoke on the condition of anonymity said the officials that collected the materials only counted per cartons from Central Bank of Nigeria, BN, adding that if they had counted booklets in each carton, they would have found out about the missing items.

He added that booklets of ward 4 would not be used to avoid problems.

The Area Commander of Area H, ACP Miller Dantawaye, who led other security agencies to provide security for the centre and Kosofe area confirmed that he was there when the booklets were discovered missing.