Police arrest suspected killer of late Oyo Rep ‘Sugar’, promise to get others 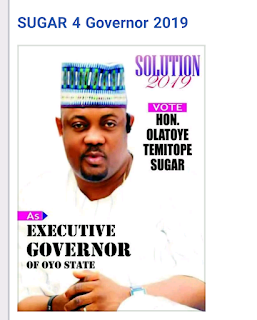 The Oyo State Police Command on Tuesday said it had arrested a suspect, who was helping policemen to track down the killers of a lawmaker in the state, Temitope Olatoye (Sugar).

The command had vowed on Sunday that it would nab all the perpetrators of the murder of Olatoye.

The state Police Public Relations Officer, Olugbenga Fadeyi, told our correspondent on Tuesday that a team of police  investigators, led by the Deputy Commissioner of Police in charge of  the State Criminal Investigation and Intelligence Department, arrested the suspect (name withheld) in connection with the killing of the federal lawmaker.

He added that the police were getting closer to arresting those involved in Olatoye’s murder, adding that the suspect was giving necessary information to the police.

“We have arrested one person in connection with the killing of the lawmaker and he is helping the police with useful information that will eventually lead to the arrest of others that are involved in the dastardly act. I can tell you that we are getting closer to the killers,” he said.