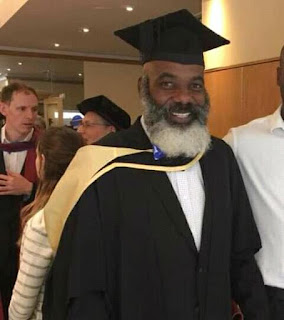 I read the recent post of the irrepressible Malik Shabbazz Abdulmalik lamenting about our first responders and how despite the massive unemployment, government doesn’t deem it appropriate to invest in training and deployment of emergency first responders😡😡😡

My brother, some of us saw this and took action but all to no avail….come with me….

About 4 years ago, a brilliant medical doctor friend and now a professor in Makurdi, Benue State approached me to join him in the quest to turn Nigeria’s first responders terrain around.

We quickly registered a special purpose vehicle (SPV) and move quickly to have a meeting in London with an outfit that trains first responders for London Ambulance and have operational presence in Saudi Arabia and many other gulf countries.

They train participants up to OND/HND level with the certificate recognised globally and even said the UK has over 5000 shortage of first responders. Our first set of graduates will be given the opportunity of working abroad for a short period.

We signed and sealed agreement with the UK 🇬🇧 group and Prof and I returned to Nigeria 🇳🇬 to secure buy-in of critical stakeholders. We need a teaching hospital as a critical partner. We told them no problem.

As I said, we returned to Nigeria and shortlisted Lagos, Ogun, Edo, Borno, Benue, Ekiti, Ondo, the FCT, the Nigeria Army and the FRSC as potential partners based on availability of teaching hospital and their institutional mandate. We approached them all with zero request for funds.

Let me start with Ondo State. Governor then was Dr. Mimiko. The equally unbreakable and patriotic Prince Deji Adeyanju was my gatekeeper. He was transiting in London when he called me that he is around and would be meeting Dr. Mimiko in Kings Cross, St. Pancras, the next day. I quickly narrated the project details to him and the expatriates in place. He said this is good and will ensure I meet the governor. Long story short, I met the Excellency and he was happy for the project to kick off in his state. They returned to Nigeria and weeks later, I did too. I flew to Akure from Abuja and fortunately Deji was again on ground. All documents were delivered and submitted but unable to meet Excellency again(Naija factor). I drove with Deji all the way back to Abuja. After that, I called and called and called. Visited Akure multiple times all to no avail. Not even a reply. This is a project that requires zero government funding😡 That was how Ondo State died.

Next was Ekiti. Oga Fayose was Oga at the top. I needed no gatekeeper. Project docs submitted and I followed up with WhatsApp version to the Governor. No response for a while until a short “not interested” message from him. Not too long after several top people died coming back from Abuja to Ekiti and I heard same Fayose lament about lack of first aiders at the scene of accident. I shook my head and sent the electronic version of the proposal back to him via WhatsApp. He never replied.

The useless outgoing govt of my State – Ogun never replied. The commissioner for health was Dr Ipaye, someone I had known since 2005/6.  Lagos no response. I left Edo and Benue for the good Prof to pursue and due to confidentiality pact with him, I won’t reveal what went down. Needless to say it wasn’t positive.

The most painful for me was the Nigerian Army. I hold the military in very high esteem especially with their discipline and hierarchical structure. The military in the US and UK are always in the forefront of ground breaking innovations and inventions. The UK partners sensing the delay and foot dragging of the political class suggested that we use the middle east model where the military teaching hospitals are used for the training. The Army were written to, letter referred to the medical unit of the Army and drama started. Presentations after presentations. We waited for final report to the COAS office after many positive verbal feedbacks. I started hearing “Oga, they will think I have interest o”. These are senior military guys with this mindset. I said to myself, “you bloody well have an interest! Your interest is to leave a legacy of groundbreaking achievements while in office.” Sadly, mutually assured mediocrity fuelled by mistrust and emptiness ensured that the military also missed out. Remember, we never needed a dime, just a damn teaching hospital or it’s equivalent.
(Opara Chidiebere Jonathan)@ Naijahitplay

0
Previous post Update on Lagos collapsed building: Please Donate blood for victims —Red Cross
Next post Just in: PDP doing everything they can to damage the foundation of the country – Presidency
Admin