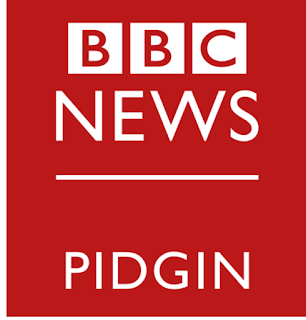 LAGOS – The British Broadcasting cooperation BBC has asked the Peoples Democratic Party (PDP) to probe the alleged assault on its corespondent, Ajoke Ulohotse, who was attacked during the just concluded governorship and House of Assembly elections in the Alimosho Local Government Area in Lagos.

The BBC in a letter written to the Prince Uche Secondus, the PDP’s national chairman and Dr. Adegbola Dominic, the Lagos state chairman said Ulohotse was attacked by Mr. Adewale who slapped and forcefully took her phone away.

The BBC in the letter claimed it has video evidences of how Mr. Adewale assaulted Ulohotse, and Prince Uche Secondus demanded that national chairman and Lagos state chairman use their offices to ensure that incident is thoroughly investigated and findings shared.

The letter, signed by Adejuwon Soyinka, Editor, BBC News Pidgin Service reads thus: “We will like to draw your attention to an incident on Saturday March 9, 2019 in which a BBC reporter, Ajoke Ulohotse, was assaulted while carrying out her lawful duties by Mr. Segun Adewale, popularly known as Aeroland. Mr . Adewale is said to be a prominent member of your party in the Alimosho Local Government Area of Lagos State.

“The BBC reporter was assigned to cover the Alimosho Local Government Area of Lagos State during the Governorship and state House of Assembly elections and was monitoring voting proceedings at a polling unit located right in front of Pleasure Bus Stop, along the Lagos-Abeokuta expressway when she was attacked by Mr. Adewale.

“At the polling unit, she noticed that voters were encouraged to approach Mr. Adewale immediately after they voted to collect a cash reward of N1,000 that the politician was personally handing over to them. Sensing this was an apparent case of vote-buying, the reporter decided to film.

“Sadly, she was attacked by Mr. Adewale who slapped and forcefully took her phone away. In assaulting the BBC reporter, Mr. Adewale was assisted by some thugs who had accompanied him to the polling unit.

“We have video evidences of how Mr. Adewale assaulted the BBC reporter and are therefore demanding that you use your offices to ensure that this incident is thoroughly investigated and your findings shared with us.”

Speaking Dominic, the party chairman in Lagos State, said it is unfair for the BBC to associate Adewale with the party since he has since defected to the Action Democratic Party (ADP) where he contested the governorship election in Ekiti State.

“He is no longer a member of our party. It is public knowledge that he contested the 2018 governorship election in Ekiti under the platform of ADP. There is no formal notice that he has returned to the PDP,” he said.