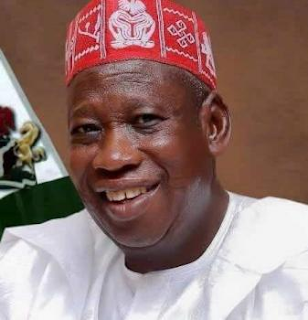 The ruling All Progressive Congress APC has emerged winner of the governorship election in Kano with a margin of 8,982 votes ahead of the Peoples Democratic Party, PDP.

In the result which was declared by the Kano Returning Officer of Independent National Electoral Commission, INEC, Prof B B Shehu, APC polled 1,033,695 while the PDP got 1,024,713 votes out of a total of 2,269,305 Accredited Voters in the state.

The incumbent governor Dr Abdullahi Ganduje of the APC is therefore declared winner of the governorship election in Kano.

A total of 50,861 votes were declared as rejected in the whole exercise due to violence and over-voting.

However, the collation center was heated up by agents of some parties including the PDP who wanted INEC to address the irregularities that marred the election before declaring the result which INEC declined.

The Acting Chairman of the PDP, Rabiu Sulaiman Bichi insisted that there was no election in Gama ward where the electorate was disenfranchised.

Aliyu Sani Madakin Gini, a member of House of Representatives under the PDP called on the INEC to cancel the results from Nasarawa LGA in the supplementary election because it was marred by violence and intimidation of voters.

“INEC cannot be fair if it declares a doctored result when the Gama ward result was cancelled due to violence in the last election and now accepted amidst the same violence in the rerun election” the Rep member said.

Also, the Collation Officer representing All Peoples Party, APP, Hon Fatima Abubakar Abdullahi, complained that no election took place at Kibiya LGA, one of the affected LGAs, but the INEC has received and collated the result. She insisted that the rerun election was not free and fair and should be cancelled.

In a reaction by the APC members, the Senator representing Kano North under the APC, Barau Jibrin argued that the process of the collation should be respected by the PDP saying all complaints of irregularities should be addressed at the polling units and wards not at the state collation center where final submitted results are collated.

He added that “whosoever is not satisfied with the result should seek redress at the Election Tribunal.”