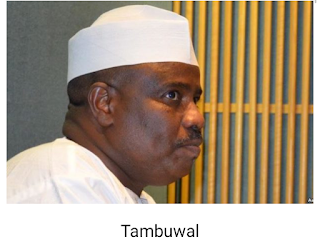 Governor Aminu Tambuwal of Sokoto state on Sunday survived the tough challenge of Ahmed Aliyu and his godfather Senator Aliyu Wamakko of the All Progressives Congress to win re-election for a second term.

Although he lost in the collated result for 35 polling units in Kebbe LGA, he was able to edge his opponent, his former deputy, by retaining the lead, winning by just 341 votes.

However, the margin of APC’s victory in Kebbe was not enough to change the final picture.

The returning officer Professor Fatima Mukhtar, vice chancellor of Federal University of Dutse is set to announce the final result for all the 22 LGAs. (NAN)