Acid attack: Police officer who is about to lose his eyes cries out to Nigerians (video) 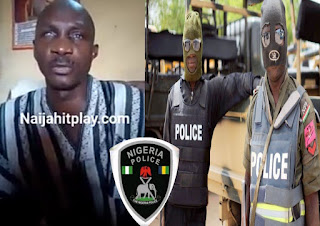 A former officer of the Nigeria Police Force who was attacked with acid during the course of carrying out an assignment has come out to seek assistance from well meaning Nigerians. 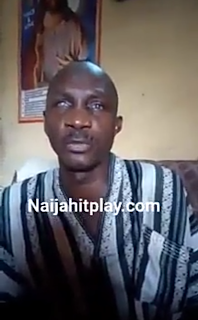 Mr John Olushola Joshua a former officer of the Nigeria Police Force who was deployed to the Ajao estate police station was attacked with acid on the 31st of December 2016. According to Mr John, he had received a distress call from an anonymous caller that the Chivita Warehouse at Ajao estate was under attack by hoodlums, and he alongside some other police officers responded instantly by heading to the crime scene. However unbeknownst to them, the callers were actually part of the gang and they had waylaid the officers armed with dangerous acids. On getting to the crime scene, the officers were attacked and Mr Olushola Joshua had acid poured on his face causing severe damage to his eyes.
According to him, he was taken to the hospital along with the others, and the doctors had determined that he could be treated with a sum of #2.5m. But ever since the doctors stated the amount required for his operation, neither the Nigeria Police nor Chivita have made any effort towards his treatment. He says that he has been abandoned  by both parties and now he needs the help of well meaning Nigerians so that he doesn’t  go completely blind as both of his eyes are getting weaker with each passing day. He implores Nigerians to help him because he suffered the terrible fate while carrying out his duty and that the nonchalant attitude of the Nigeria Police towards his predicament is why most Nigeria Police officers don’t respond quickly to emergencies… (Demola adeyemi | Peter Madojemu @naijahitplay.com)
Watch the video below