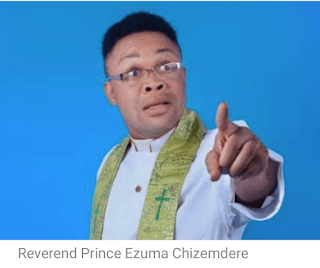 One of his victims, 16-year-old Anthony Shedrack, who discovered to have been infected with HIV, has reportedly started treatment.

Vanguard gathered that his wife packed out of the house when she discovered what he was into.  After much entreaties from her husband, church members and both families, she returned home, only to pack out again on discovering that her husband was HIV positive. But she passed on, few months after returning  to her husband, leaving behind two children.

During interrogation, the suspect admitted culpability, begging to be forgiven.

He said: “This is the work of evil spirit, with the aim to destroy me because I have genuine gifts from God. Whenever the evil force comes on me, I would be helpless, until I have accomplished its mission.”

The suspect, who was arrested by policemen attached to Ejigbo division, was alleged to have been taking teenage boys, between 15 and 16 years old, to his apartment, where he penetrated them through the anus, at the end of which he would give each of the boys N2,000.

But the bubble burst after one of the boys reported to his parents, who subsequently contacted policemen at Ejigbo.

Explaining how the suspect was arrested after going into hiding, spokesman for Lagos State Police Command, DSP Elkana Bala, said: “He has been at large for about three months. On March 22, 2009, at about 1 am, Police laid siege to his apartment based on information gathered that he often sneaked into the house through the back entrance.

“When he discovered that Police had cordoned his house, he hid himself in the ceiling for two hours before he was arrested.

“Investigation has it that Reverend Pastor Prince Ezuma brought in about 15 boys into his apartment where he forcefully penetrated them, through the anus. Some residents revealed that the reverend usually washed six bed sheets daily whenever he brings in little children, suspected to be his sex partners.”