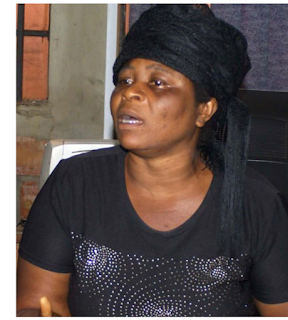 A 37-year-old housewife, Oluwatosin Olalere, prayed an Idi-Ogungun Customary Court, to dissolve her 17-year-old marriage to Kamorudee, over his lack of respect to her parents.

Oluwatosin is also seeking dissolution of the union on grounds of lack of care and constant beatings from the defendant.

According to the plaintiff, Kamorudee, was in the habit of cursing her parents, especially her mother whenever the (parents) made an attempt to settle any dispute between them.

”He never provides for the upkeep of the family. He has also refused to pay his children’s school fees.

”I single-handedly shoulder the responsibility of my three children. He sends them on errands late hours of the night without caring about their safety.
Family demands N660m from NDLEA over alleged extra-judicial killing

”I urge the court to end this marriage to avoid my untimely death.” Oluwatosintold the court.

In his defence, Kamorudeen alleged that the plaintiff engages in extra-marital affairs and that she had been warned on several occasions to desist from the shameful acts.

After listening to both parties, Chief Mukaila Balogun, the President of the court, urged the defendant to plead with the plaintiff and her parents.

Balogun advised him to turn a new leaf and explore all avenues to beg his wife before the adjourned date of April 12.(NAN)