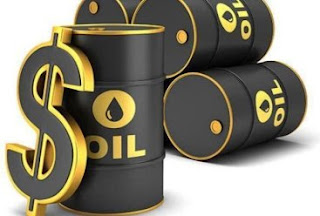 Key oil freight rates from the Middle East to East Asia climbed as much as 28 per cent on Friday in a global oil shipping market spooked by United States sanctions on units of Chinese giant COSCO for alleged involvement in ferrying crude out of Iran.
In what the US State Department called “one of the largest sanctions actions the US has taken” since curbs were re-imposed on Iran in November last year, two units of COSCO were named alongside other companies in claims of being involved with sanctions-busting shipments of Iranian oil.
The surprise move, which affects one of the world’s largest energy shippers – operating more than 50 supertankers, comes as US President Donald Trump continues his campaign to exert “maximum pressure” on Iran
According to Aljazeera, as some Asian oil buyers rushed to secure vessels, rates for chartering supertankers – or very large crude carriers (VLCCs) – to load crude oil from the Middle East to Northeast Asia in October surged nearly 19 per cent overnight. Rates increased about 75-76 points on Worldscale, an industry tool used to calculate freight charges, shipping and industry sources said.
That means an increase of about $600,000 per ship, a Singapore-based crude oil trader told the Reuters news agency.
“The current strength in rates has been triggered by geopolitics,” shipbroker EA Gibson said on Friday. “This week’s US sanctions on two COSCO subsidiaries added more fuel to the fire.”

#EndSARS Memorial: Youths protest in OsogboSome protesters under the aegis of #EndSARS Movement on Wednesday stormed streets in Osogbo in...

See what death as done to Hollywood star The RockRocky “Soul Man” Johnson, a longtime WWE star and father of...