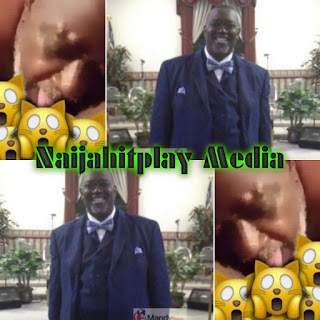 Wonders they say it can never end as a viral video capturing the moment Pastor David E. Wilson was allegedly caught on live camera eating up a woman who is believed not to be his wife’s vagina.
In the said video, the popular Texas gospel crusader could be heard speaking in tongues as he devours/licks the woman while the woman who could not hold the orgasm moan out loudly
Many social media users have slammed the popular preacher for such shameful and disgraceful act ever since the video broke out while some people concluded that the preacher missed his calling as he is destined to be a great pornstar.