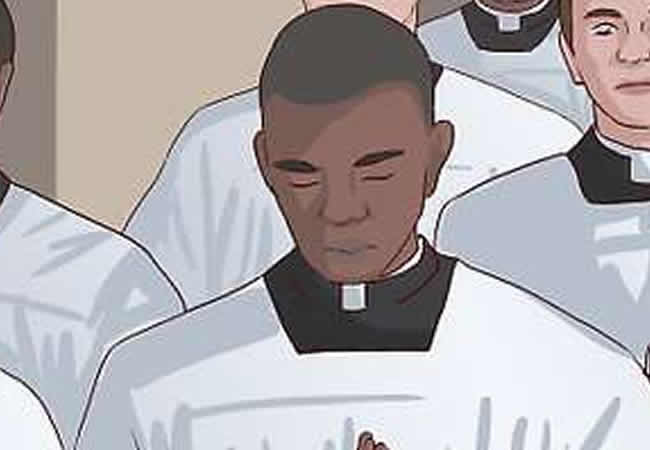 Four years after , the men of the Ondo State Police Command have arrested one Simeon Anyaegbu for his alleged involvement in the killing of a Catholic priest , Rev . Fr. Godwin Ofonyelu and his younger brother , Obikwelu Ofonyelu.
The priest and his brother were allegedly murdered, while they were travelling to the state by the suspect and members of his gang on Owo-Ikare expressway in 2015. Their vehicle was set ablaze, in what was regarded as armed robbery operation
But the family of the deceased said the act was not a case of armed robbery but an assassination .

According to a source, Anyaegbu was apprehended in Port Harcourt River State, on Tuesday , 15 October 2019 and brought to Akure three days later by men of the State Anti -Robbery Squad , following a tip -off .
However , the family of the deceased has expressed worry over the delay in the prosecution of the suspect by the police .
The deceased ’ s father, Sir Christian Ofonyelu, urged the police to do justice to the matter by not wasting time in charging the suspect to court .
Reacting , the Police Public Relations Officer , Mr Femi Joseph who confirmed the arrest of the suspect, said the police would follow due process in investigating the case.
The police spokesman said, “The suspect is with us and he would be charged to court at the appropriate time . ”