Just in: Nanny arrested in South Africa for allegedly strangling a toddler to death

A nanny has been arrested after a 20-month-old boy Langelihle Mnguni she was hired to care for was found dead in Ekurhuleni, South Africa. 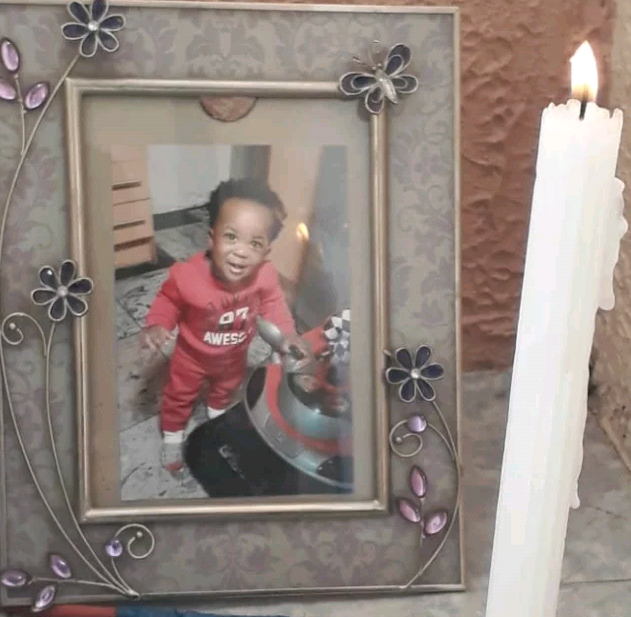 The child’s distraught mother, 28-year-old Lerato Mngun, from Daveyton in Ekurhuleni, said she hired the nanny through a Tembisa-based placement agency when her son, Langelihle, was two months old.
“Why? I just want to know why,” said Lerato Mnguni.
They all lived all in harmony, until tragedy struck last Friday when Lerato returned from work.
Lerato and her aunt arrived to find the security gate locked but the door unlocked. The keys were thrown on to the kitchen floor.
“I thought she had taken my child and run off,” said Lerato.
She and her aunt eventually got into the house and said they found the nanny in her bedroom, praying on the floor, with her top off. There was allegedly a white substance around her. She had small abrasions and had vomited and defecated.
“She said they [intruders] had broken into the house. I asked her where the child was and she said they had taken him,” Lerato said.
She said the carer claimed that the attack happened at about 5.30am, just after Lerato and her aunt left for work. The 39-year-old woman had said that she could not call out or phone for help.
“We asked her who the culprits were and whether she had seen them and she said yes. She said she had heard the voice of a neighbour. She opened the door and burglar gate for them. They came in, forced her to drink poison and took off with the child,” Lerato said.
Sitting on her bed with a small photo frame containing Lihle’s picture and a candle burning next to it, Lerato said she rushed outside, searching for her son to no avail.
“I called the ambulance for the nanny and the police,” Lerato said.
After attending to her, the paramedics asked the family to bathe the nanny before transporting her.
“They said they could not take her because she had defecated on herself, so they asked us to bathe her. My aunt went to the storeroom to go and get a small tub that we could wash her in,” Lerato said.
It was there that the horrific discovery of the little boy’s body was made.
“My aunt picked up the child, thinking he was still alive and rushed him to the paramedics who were attending to the nanny,” Lerato said.
They, along with the child’s father, Sihle Tshabalala, tried to resuscitate him but it was too late.
Sihle, 40, described how helpless he felt trying to resuscitate his son.
“I was just holding him, hoping and praying for a miracle” he said.
He said when he arrived at the family home, he had not bothered to look for the child in the house because of the unfolding drama.
“We had spent two to three hours outside. I had this hope or belief that I could do something. I tried everything,” said Sihle. “I tried CPR for close to an hour. I was just holding him, hoping and praying for a miracle,” the grieving dad added, seated on the bed, next to Lerato.
Lihle’s post-mortem revealed shocking news.
“The post mortem said there was a fracture around the neck. There was no poison found,” Sihle said, adding that his child had allegedly been strangled.
Confirming the incident to TimesLIVE, Police Brigadier Mathapelo Peters said,
“A woman is expected to make a second appearance in court next week following the death of a 20-month-old toddler. She appeared in the Benoni magistrate’s court [on Monday] after a preliminary investigation by the police linked her to the death of the child. She was arrested on Friday, the 18th.”
“Initially, the woman had claimed to police that robbers had come into the house and forced her to consume poison as well as the child. The child was found dead while the woman was rushed to hospital. But when police conducted the initial investigation surrounding the death of the child, the woman was found to be a possible suspect,” Peters added.
Lihle will be buried on Thursday, October 24.