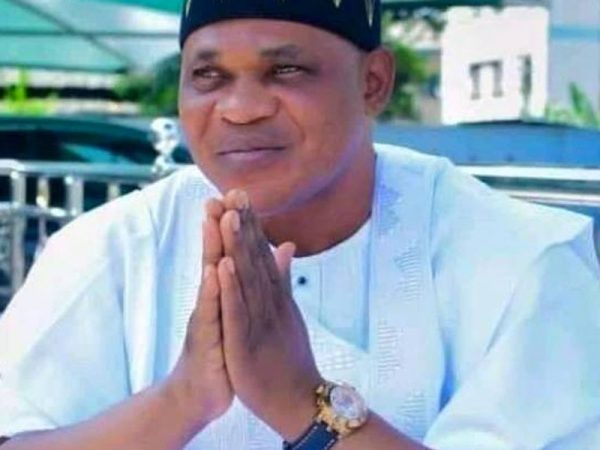 The Peoples Democratic Party on Thursday raised the alarm that some officials of the Independent National Electoral Commission and some leaders of the All Progressives Congress were allegedly plotting to delist the PDP Kogi State governorship candidate , Musa Wada, from contesting the November 16 governorship election .
The PDP National Publicity Secretary , Mr Kola Ologbondiyan , during a media briefing in Abuja , said the plot to delist Wada was in a bid to make Governor Yahaya Bello , who is the governorship candidate of the APC , to become a sole candidate .
According to him , INEC and APC ’ s plot was to alter INEC ’ s Monitoring Report .
Ologbondiyan said, “Of course, this plot is dead on arrival , as our candidate , Musa Wada, remains duly nominated through the statutory processes of our primary , which was well covered in the Monitoring Report released by INEC .
“The PDP cautions that any attempt to tamper with his candidature will trigger the wrath of the people . The PDP is however aware of every stage in this conspiracy against Kogi State as well as the actors involved . Already , our party is working with the people of Kogi to stop them . ” The PDP spokesman also alleged that the conspirators had recruited 205 APC loyalists , who , he alleged were being trained at Muslim Community School , Lokoja to impersonate National Youth Service Corps members as Polling and Electoral Officers in designated areas to allegedly enable the APC and INEC to manipulate the process in such areas .
But the Chief Press Secretary to INEC chairman , Rotimi Oyekanmi , in an interview with one of our correspondents , described the PDP ’ s allegation as untrue and baseless .
Oyekanmi said the commission’ s officials would never meet with members of any political party in secret .
He said, “The allegations by the PDP are untrue and baseless . Officials of INEC have not and will never meet with members of any political party in secret or in isolation of other political parties in Kogi State.
“We are very busy at the moment preparing on all fronts for the governorship elections in Kogi and Bayelsa states and there is simply no room for secret meetings with political actors .
“Let all political actors demonstrate maturity and civility and please move away from any act capable of inciting the public unnecessarily against INEC over cooked-up stories. ”p election . ”
Justice Ogunbanjo-Giwa fixed November 7 for judgment .