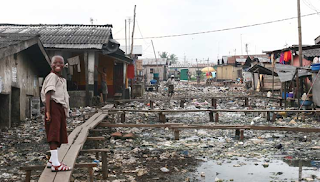 Here are the top 10 poorest states in Nigeria 2019 according to data from the National Bureau of Statistics (NBS)
Nigeria is a country blessed with mineral resources and is made up of 36 states. These states are meant to be productive based on their available natural resources, and are meant to have a strong and honest government capable of managing these natural resources to generate its revenue.
Poorest states in Nigeria But the reverse is the case as some states are down to poverty by 70 percent. However, these poor states in Nigeria became poor due to bad governance, mismanagement of state resources or security issues as the case may be.
We have listed the poorest states in the country according to data from the National Bureau of Statistics, using infrastructural development, state of economy, literacy level, security and governance to compile this list of 10 poorest states in Nigeria this 2018.
Top Ten (10) Poorest States in Nigeria 2019
1. Sokoto state
Sokoto state is rated as the poorest state in Nigeria, ranking 81.2% on poverty level. Its harsh climate conditions has made its a no go area and has prevented foreigners and foreign investors to come for investment in the state. It is also the seat of the Caliphate.
2. Kastina state
Located at the deepest part of the north western area of Nigeria, Kastina state made it in the list of poorest states in Nigeria because it has fewer or no solid investment or sector that generates revenue for the state.
3. Adamawa state
Due to the frequent attack from Boko Haram terrorists, Adamawa state’s economy has crippled as a result of its citizens running away from the state because of safety. It has affected the state poorly to a poverty level of 74.2%.
4. Gombe state
Gombe state which is located at the north-eastern part of Nigeria is also facing its own peril in security with crippled economy to a 73.2% poverty level.
5. Jigawa state
A state situated at the north-western part of Nigeria and basically populated with the Hausa/Fulani tribe. With low literacy level and low economic growth, the poverty level of Jigawa state is at 72.1%.
6. Plateau state
Although, plateau state is one of the highest populated state in Nigeria and has some tourist attractions, It has also suffered a long timely tribal conflict which has carelessly destroyed its economy by 71%
https://www.youtube.com/watch?v=fIxOxMu1W-0
7. Ebonyi state
Unfortunately this is the only state in the South-East that falls under the top poorest states in Nigeria with poverty rate of 70.6% due to poverty, illiteracy and bad government.
8. Bauchi state
According to the National Bureau of Statistics, Bauchi was ranked among states that are poor.
Statistics shows that majority of the residents in this area lack the basic amenities of life and it is a war torn zone. The mortality rate recorded after the various insurgent attack is overwhelming.
9. Kebbi state
Kebbi is a state in north-western Nigeria. Its capital is Birnin Kebbi. The state also listed among the 10 states that have the highest poverty rate in the country. Its rating is 72%.
10. Zamfara state
With 70.8 percent poverty rate, Zamfara has been ranked by the NBS among the poorest states in the country 2019. Strife, disease and hunger affects the residents of this state a lot.
Wrapping up
A lot has been said above concerning these states, from bad government to negligence, lack of jobs which causes unemployment, poverty, etc. We wonder how these affected states will fare in the future.
Niger has been ranked the state with the lowest poverty rate, closely followed by Osun state with 37.9 percent and Ondo 45.7 percent. Bayelsa and Lagos both have less than 50 percent poverty rate, with 47 and 48.6 percent respectively.