Sports: Messi has mastered freekicks to perfection,With Messi, anything is possible – Valverde 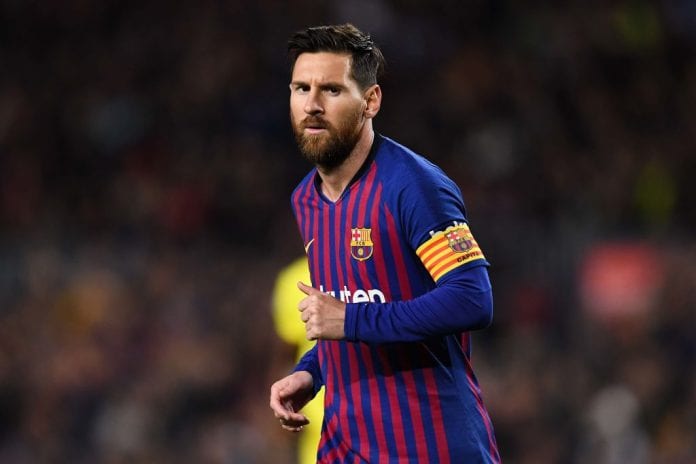 Ernesto Valverde has praised Lionel Messi after the Argentine scored a hat-trick against Celta Vigo on Saturday night.
The Barcelona captain converted a penalty before netting two sumptuous freekicks to condemn Celta to a 4-1 defeat at the Camp Nou.

“With Leo, anything is possible,” Valverde said about his forward.”[Taking freekicks] is something that he’s mastered to perfection.”Because of this, the opponent can’t commit fouls on the edge of their own box. If they do, we try to take advantage.
“Messi, apart from scoring goals, has a commitment to the game.”Barcelona bounced back from their defeat at Levante last weekend to regain top spot in LaLiga Santander
.”After losing, it’s nice to win. Even more so in a team like ours,” Valverde said. “We had a damaging defeat the other day and we needed a win tonight.”It was really difficult for us in the first half, with their high press that made it hard for us to play out and we didn’t have much rhythm in our play.
“Antoine Griezmann wasn’t at his best against Celta, but Valverde isn’t worried.”We’re always patient. With Griezmann and everyone else,” Valverde said.

“We have more options and we’re managing them. There are lots of games.”We have to support our players in good and bad games.”In the end, the work is there.”
Source: Marca