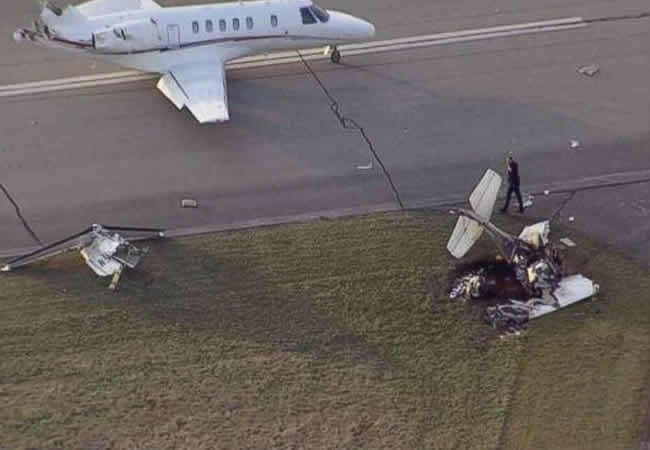 An Air Namibia plane collided with a Korean Air jet after landing at Frankfurt airport on Saturday evening, officials said, adding that no one was injured.

Both aircraft were damaged in what Air Namibia on Sunday called “a minor accident”.

A spokeswoman for Frankfurt airport said the incident happened at around 6:00 pm (1700 GMT) on Saturday. She said no one was injured and the reasons for the crash remain unclear.

“The left wing of an Air Namibia plane collided with the horizontal stabiliser of Korean Air flight KE905 as it was waiting on the taxiway after landing,” Korean Air said in a statement.

The Korean Air plane was carrying 241 passengers and 40 crew at the time, it said.

“We confirm that no passengers and crew were hurt,” Air Namibia added in its own statement.

Korea Air said its Seoul-bound return flight was delayed by 21 hours as a result, adding that affected passengers had been offered accommodation.

A replacement aircraft was set to take off on Sunday afternoon.

Air Namibia said it had likewise offered accommodation to 244 passengers due to travel from Frankfurt to Windhoek, as the airline looked for alternative flights.

Germany’s Federal Bureau of Aircraft Accident Investigation (BFU) has opened an investigation into the cause of the collision.

The damage to the two jets was still being assessed, a BFU spokesman said.