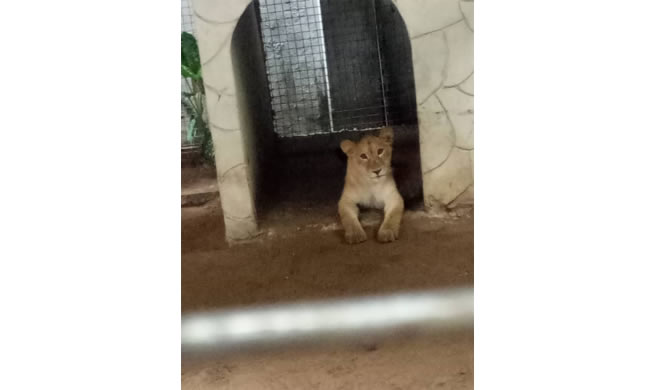 The two-year-old lion used as a guard by an Indian national in his Victoria Island residence has been relocated to Omu Resort Zoo in Lekki, the Lagos State Taskforce said Monday.

The agency had acted on a petition from residents of Muri-Okunola Street on the presence of a lion at house 229, assuring that the Indian would be prosecuted for harbouring a wild animal and putting the lives of other residents in danger.
According to the Taskforce spokesman Taofiq Adebayo, the lion was brought in from Cameroun by the unnamed Indian two-years-ago, adding that it was transquilised three times before evacuation to the zoo. 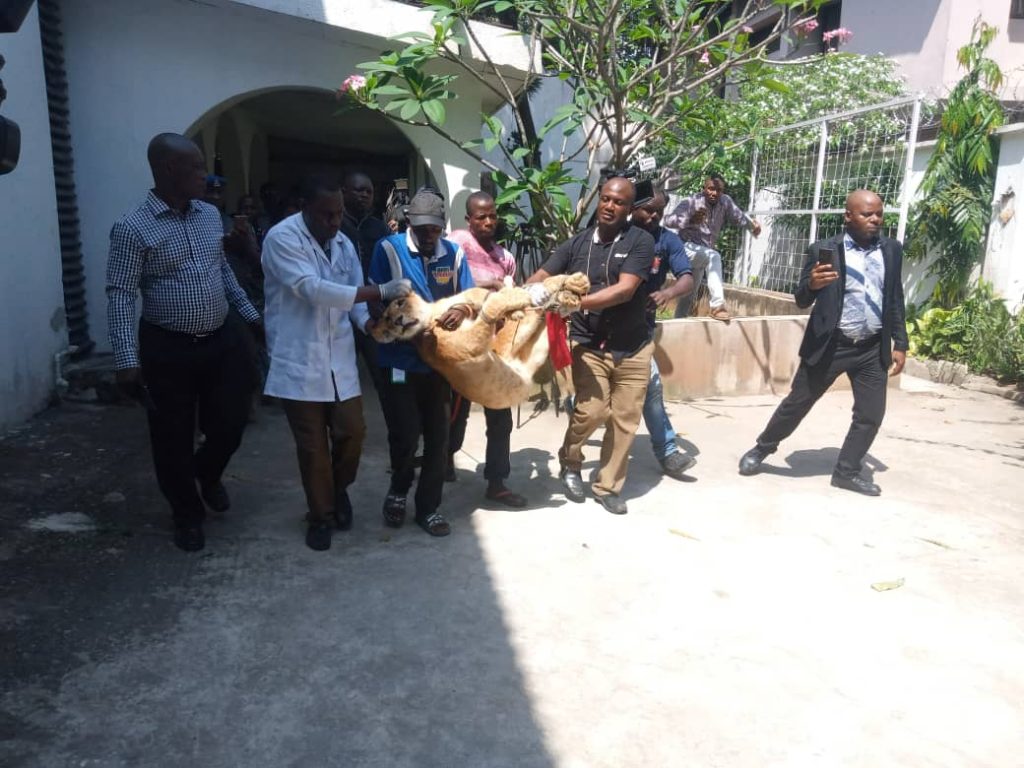 Adebayo said the evacuation was done with collaboration from officials of the Lagos State Ministry of Agriculture and medical personnel from the Faculty of Veterinary Medicine, University of Ibadan (UI). 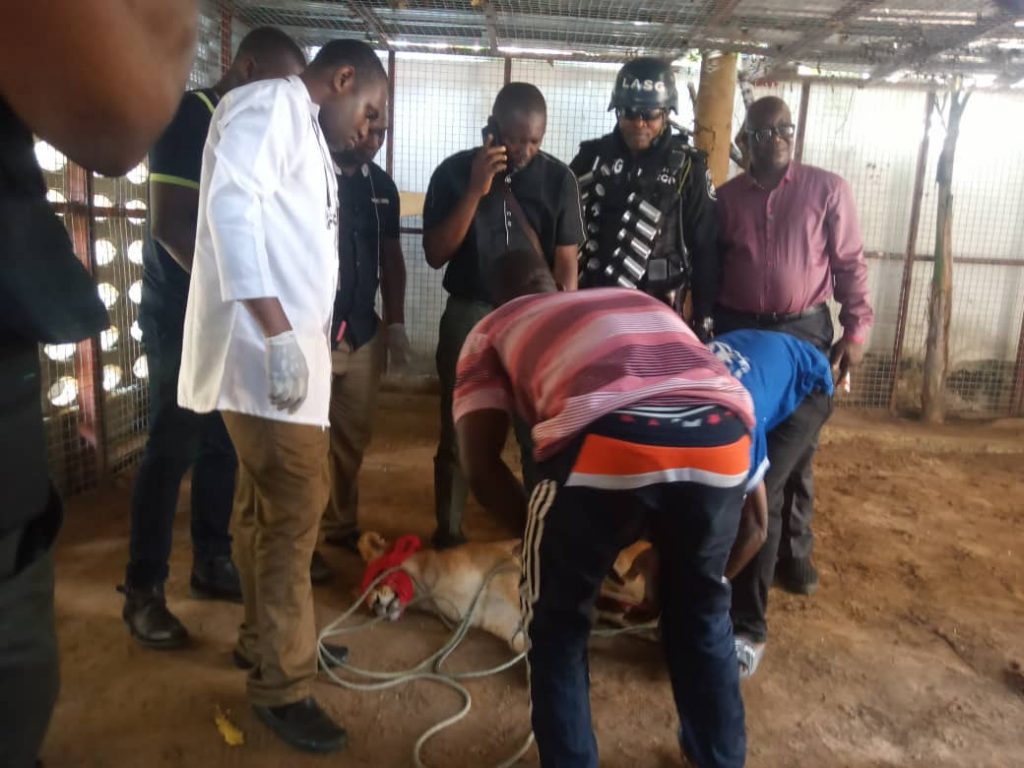 Quoting his boss Yinka Egbeyemi, a Chief Superintendent of Police (CSP), Adebayo said the lion was transquilised by Dr. Ogunmo Bamidele who led the UI team.
“Immediately I got the petition, I deployed my officers to the house at 229, Muri-Okunola Street, Victoria Island, Lagos, where they kept a close watch for more than 72 hours before the lion was finally removed today.
“In as much as we appreciate residents around Victoria Island for their quick action, we urge every member of the public to be observant in their immediate environment and report any strange or unusual activity to appropriate government authority for prompt action”, Adebayo quoted Egbeyemi to have said.
Director, Veterinary Services, Lagos State Ministry of Agriculture, Dr. Macaulay Rasheed warned residents against rearing wild animals in residential areas to avoid unnecessary attack and contagious animal diseases.