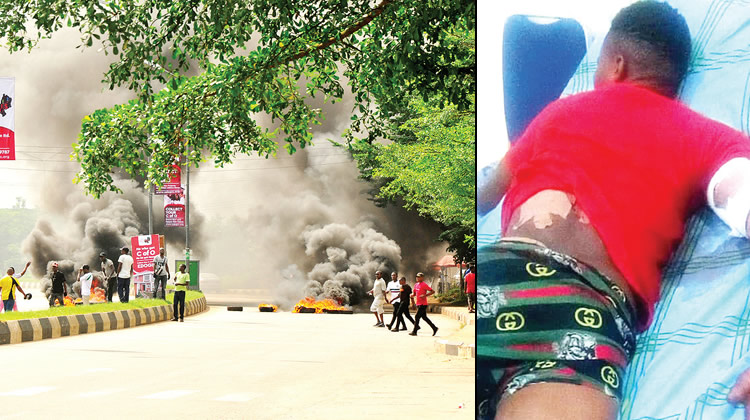 There was tension in Benin, the Edo State capital on Thursday , over a rally that a faction of the All Progressives Congress loyal to its National Chairman , Mr Adams Oshiomhole, will hold today .
The Oshiomhole faction will today ( Friday ) hold a rally for a former member of the Peoples Democratic Party, Mr Osagie Eze-Iyamu .
Ahead of the rally , 15 people were injured during a clash between supporters of Oshiomhole and those of the state Governor , Godwin Obaseki .
The APC in Edo State had , last month, been factionalised with one group loyal to Oshiomhole and the other backed by Obaseki .
The Oshiomhole faction led by Col David Imuse ( retd . ) , said Friday ’ s rally was being organised by the party to receive the PDP candidate in the 2016 governorship election , Ize Iyamu .
But there was confusion over the rally on Thursday . Earlier on Wednesday , there was a letter dated 11th December , which was, addressed to Oshiomhole. The letter stated that the Inspector General of Police , Mohammed Adamu, had granted the APC faction the permission to hold the rally .
The letter was titled, “Re -Request for the deployment of police officers to provide security for the All Progressives Congress, APC , rally at Garrick” and signed by Assistant Commissioner of Police , Idowu Owohunwa , Principal Staff Officer to the IGP .
The letter read: “I am directed by the Inspector General of Police to extend his warm compliments and acknowledge receipt of your Excellency’ s letter of 10th December , 2019 on the above underlined subject.
“I am to respectfully inform your Excellency that the Inspector General of Police has approved the request and has directed the commissioner of police Edo State Command to provide adequate security for the event as requested. ”
But the governor said he was not aware of the rally .
Similarly , the APC factional chairman on the side of Governor , Mr Anselm Ojezua , said the state governor and other leaders of the party were not aware of the purported declaration rally .
READ ALSO : Buhari ’ s kinsmen attack Aisha over Villa crisis
Rally provocative – Obaseki faction
Ojezua said, “The governor who is the leader of the party in the state and myself who is the state chairman are not aware of any rally . It is therefore highly provocative and capable of creating a breach of the peace . ” He urged members of the APC in the state not to have anything to do with the event.
The IGP made a U -turn on Thursday when he wrote another letter suspending the rally .
According to the letter dated December 12 and addressed to the state Deputy Governor , Philip Shaibu, the IG ordered the suspension of the rally , following growing tension between the camp of Obaseki and Oshiomhole.
The deputy governor had gone to the IG to complain that there would be breach of security should the rally be allowed to go on because Obaseki , as the Chief Security Officer of the state, was not aware of it.
The IG ’ s letter , signed by Owohunwa , read, “I am directed by the Inspector -General of Police to convey his warmest regards and to acknowledge the receipt of Your Excellency letter ODG. 134 / 59 of December 12, 2019, on the above underlined subject.
“In cognisance of the security consequences of the proposed mega rally , I am to confirm that the Inspector -General of Police has directed the Commissioner of Police , Edo State Command , to emplace appropriate security framework that is directed at suspending the rally until further notice .
“He has also been directed to summon a meeting of all parties involved in the political development with a view to engaging them towards giving effect to his directives in overriding internal security interest . ”
Oshiomhole can ’ t convene any rally in Edo – Deputy gov
Speaking with reporters in Abuja on Thursday , Shaibu said he lodged a complaint to the IG over the security implications of holding a rally without the governor ’ s knowledge or approval .
He stated that Obaseki , not Oshiomhole, was the leader of the APC in Edo State and the only one empowered to convene a rally .
Shuaibu further argued that the national chairman was already on suspension from the party in the state and could not act in any capacity on APC affairs there .
He spoke further , “Well , having seen that ( Oshiomhole’ s letter to the IG ) , I had to write as the chief security officer of the state to let him ( IG ) know the situation in Edo State and to also inform him in line with the party ’ s constitution , that the governor is the leader of the party .
“If the governor that is the leader of the party and the party that he leads want to do a rally in his own state and he has not authorised it and he is not aware , such a rally cannot hold .
“Also to inform him that the national chairman is suspended from the state; Oshiomhole does not have the locus to preside on any issue that concerns the APC as we speak .
“So , the man that must give voice to whatever is the APC in terms of governance enshrined in the constitution is the leader of the party in the state; that is the governor .

Rally will hold, heavens won’ t fall – Oshiomhole group
But Henry Idahagbon , the Convener of the Edo Peoples Movement , a pressure group in the state APC , said the mega rally would hold on Friday as planned. .
He stated , “It is fake news ( that the rally will not hold ) . The rally will take place tomorrow at the advertised venue . Heavens will not fall . We will hold the rally whether Obaseki likes it or not. We held a rally for him before he became governor and we are holding this one for somebody else to become governor . Heavens will not fall , this rally will hold . ”
When contacted on the phone, the APC National Publicity Secretary , Lanre Issa -onilu, said he was not aware of the cancellation . ”I ’ m not aware , ” he simply said. 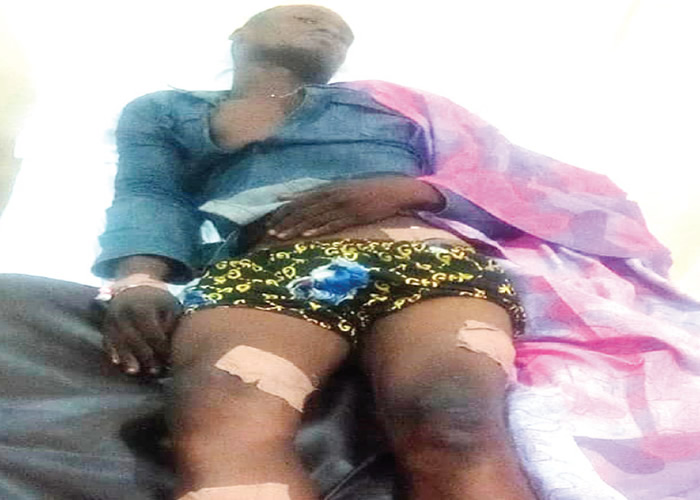 Issa -Onilu had earlier confirmed to The PUNCH that the rally had the full backing of the national leadership of the party .
Shootings in Benin , thugs block roads leading to Oshiomhole ’ s house
But thugs on Thursday took over the Benin Airport road shooting sporadically . Bonfires were observed at strategic places in Benin City , while roads leading to the residence of the national party chairman were blocked by heavy duty vehicles.
It took Oshiomhole and other members of the NWC over one hour to get to his residence after soldiers came to disperse the armed thugs.
15 injured as Oshiomhole , Obaseki supporters clash
There was a clash between Oshiomhole and Obaseki factions at the airport road .
No fewer than 15 people were injured during the clash , which occurred about 5 pm when Oshiomhole, who arrived in Benin on Thursday , was leaving the airport for his house .
It was learnt the clash started around the APC secretariat on the airport road , where Obaseki supporters were meeting .
A Benin resident, who spoke on condition of anonymity , said, “When Oshiomhole and his supporters were coming from the airport, Obaseki group thought they were coming to dislodge them from the secretariat . It was at that point that the clash started and 15 people were injured . ”
The deputy governor later visited the injured people who were receiving treatments at the Edo Specialist Hospital, Benin at 10pm on Thursday .