The mother of the missing one year old Gold Kolawole and the Ondo State Police Command have shut down rumors that the body of her child was exhumed from the Sotitobire Miracle Church in Akure, the state capital. 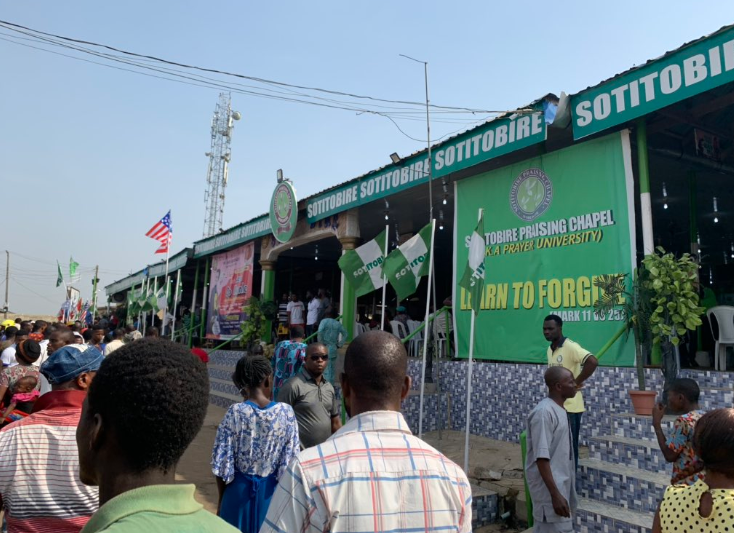 Some irate youths in the state capital stormed the church premises this morning and set it on fire following rumors that the body of Kolawole who went missing in the church in November, was exhumed from the altar.
Below is a screenshot of the whatsapp status update from the child’s mother ; 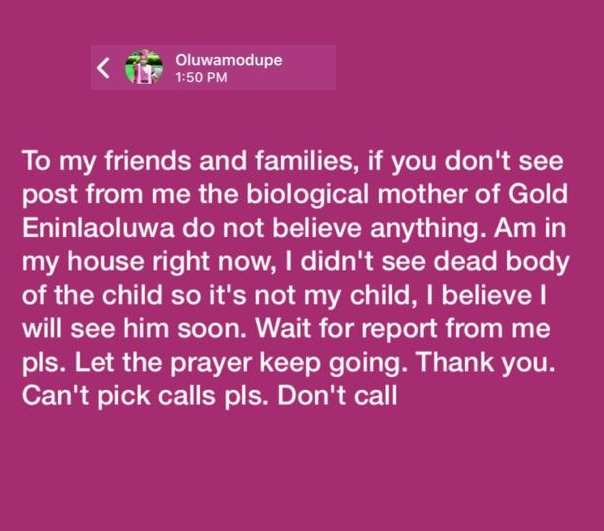 In a statement released this afternoon, spokesperson of the state police command, Femi Joseph said the rumor is untrue.
Video Player
00:00
00:00
The statement reads ;
“The Ondo State Police Command wishes to inform the general public particularly the People of Ondo State that they should disregard the rumours making the rounds that the body of a recently declared missing boy in the state has been exhumed from Sotitobire church in Akure.
It is most unfortunate that this misleading information spearheaded by a popular TV station, has ignited a spontaneous reactions from the people leading to wanton destruction of properties and injuries to many.
The church building was also set ablaze by irate youths. Some of our officers dispatched to the scene to contain the situation were pelted with stones with many of them sustaining injuries.
Their patrol vehicle was also badly damaged. This rejoinder became necessary to disabuse the minds of many Nigerians who might have fallen for this wicked lies and propaganda.
The public should also not be hoodwinked by reports that the command has abandoned the investigation of the incident, as the case file is already on the way to the DPP for legal advice. .
Notwithstanding this latest incident, more reinforcement has been sent to the scene to contain the situation.”