Donald Trump goes after Christian today for supporting his impeachment 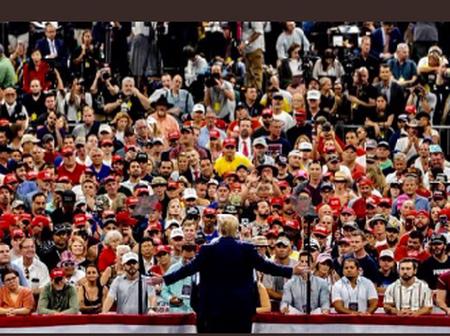 United States of America President Donald Trump has attacked the Christian today magazine for supporting his impeachment. He stated that he has done more for them than any other President has done or will do. He wrote all of these on Twitter @realdonaldtrump after his impeachment.

” A far left magazine, or very “progressive,” as some would call it, which has been doing poorly and hasn’t been involved with the Billy Graham family for many years, Christianity Today, knows nothing about reading a perfect transcript of a routine phone call and would rather….. have a Radical Left nonbeliever, who wants to take your religion & your guns, than Donald Trump as your President. No President has done more for the Evangelical community, and it’s not even close. You’ll not get anything from those Dems on stage. I won’t be reading ET again!

I guess the magazine, “Christianity Today,” is looking for Elizabeth Warren, Bernie Sanders, or those of the socialist/communist bent, to guard their religion. How about Sleepy Joe? The fact is, no President has ever done what I have done for Evangelicals, or religion itself! “