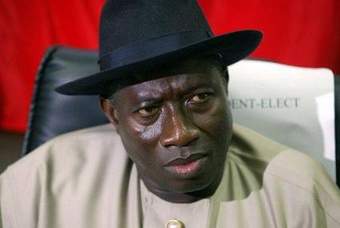 Unknown armed men have attacked the country home of former President Goodluck Jonathan in Otuoke, Ogbia local government area of Bayelsa State.
Sources in Otuoke, said the gunmen, who invaded the house at about 3am, killed one soldier, injured one while another one was taken away to unknown destination.
Consequently, all roads in Otuoke/Otuaba is currently blocked by military personnel, with movement of residents restricted.
No official communication has been issued on the development by the ex president’s aides.

0
Previous post Just in: Gunmen kidnap WAEC official, demand N20m ransom
Next post See Gist: Woman nabbed with a stolen child after she couldn’t remember when she gave birth to him
Admin