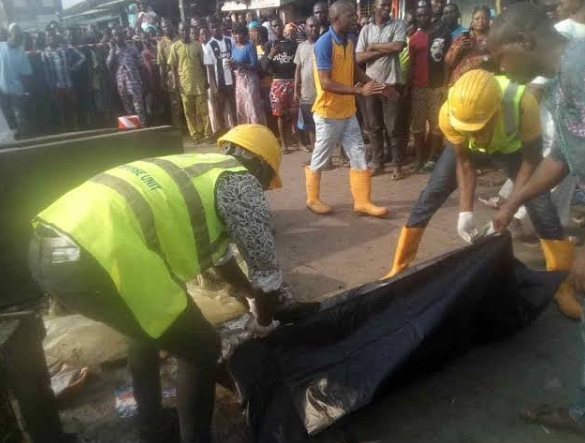 More facts have emerged Sunday on how gas explosion killed the Chairman of Nigeria Atomic Energy Commission, Prof. Simon P. Mallam, his son and three other persons in Sabon Tasha area of Kaduna metropolis.
Professor Mallam, who according to a source close to the family, just returned from United States on official tour was at Sabon Tasha with his son to have their hair cut close to the gas shop when the incident happened. 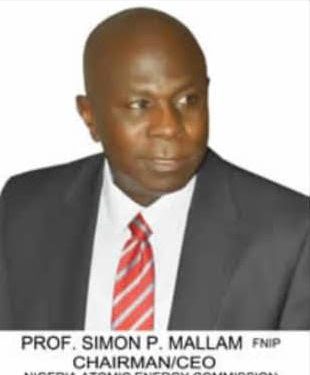 According to the source: “Professor Mallam just returned few days ago from the United States. On his return, he went to his village in Kagoro in Kaura Local Government area.
“After he came back from the village for the Yuletide celebration, he went to have a hair cut alongside his son in preparation for the Sunday service and subsequent movement to Abuja.
“We learnt they just finished having their hair cut when the gas exploded from the next shop from the barbing salon. Him, his son and three other people died instantly.”
An witness and manager of a filling station opposite the gas shop, Mr. Jerry Bishop, told The Nation at the scene of the accident that dismembered bodies of the gas vendor and one customer were thrown metres away.
According to him: “I was inside my office when the incident happened. We were lucky that we were not dispensing when the incident happened, the casualty may have been more, because the bottom of the particular cylinder that exploded landed inside my filling station.
“The explosion was very loud that it shook me where I was sitter. Bodies of the gas vendor who is a young boy and his customer scattered several metres away. In fact, some landed in our station.”
The Nation also gathered that, the explosion occurred due to a phone call received by the customer buying the gas.
The DPR, during a visit to the scene Sunday afternoon, declared the gas decanting outlet as illegal, saying the operator used wrong and expired cylinders.
The Zonal Operation Controller, Kaduna Zone of DPR, Isa Tafida, who led the visit, said the department was set to dislodge illegal gas facilities and prosecute perpetrators.
Tafida, while condoling with victims of the gas explosion, lamented that the gas retailer operated illegally without even category D license, while urging investors, gas plant operators and gas retailers to obtain the required license that would ensure safe handling of gas to avoid such accidents.
According to Tafida: “The DPR Kaduna Zone wish to extend its sympathy and condolence to the families of the victim, the government and people of Kaduna state over the unfortunate incident of gas explosion that occurred yesterday, (Saturday) that recorded loss of lives, injuries of various degrees AME loss of worthy properties.
“The Department states from the outcome of the preliminary investigations that; the facility is an illegal gas retailing vendor that engages in illegal storage, decanting and sales of LPG (cooking) and acetylene (industrial gases), that the operator of that illegal facilities are unknown to the Department, that the facility is not licensed by DPR.”
He said the Department has variously carried out training, monitoring of LPG outlets and warning to members of the public not to patronise the illegal operators, and warned such illegal operators to follow the laid down rules and regulation to ensure safe handling of gas considering its volatility.
“Gas retailers who do not have category D license for retailing LPG are desperate for money because LPG is new source of money and the public have started understanding that gas cooking is faster and cleaner but the public need to be aware that it has to be handled with caution.
“Investors should invest in gas business but they should follow the rules and regulation and do it in line with best practices. Last year, we licensed 38 LPG plants in Kaduna state,” Tafida said.
Prof. Simon P. Mallam was born in Kagoro, Kaura Local Government Area of Kaduna State on June 12th 1955. He attended Government Secondary School Zaria where he obtained West African School Cerificate in 1973.
The late Professor had his first degree in Physics from the Ahmadu Bello University (ABU) and M.Sc in Nuclear Physics from same institution, before proceeding to University of Paris VI, France with DEA. Molecular Biophysics in 1987.
The Professor who bagged Doctorate in Physics, 1990 from the University de Grenoble 1, France, held several positions as an academic and administrator, among which was Chairman, Radiation Protection Committee, and Chief Radiation Protection Officer ABU, Zaria 1999-2006.
Until his death, he was Chairman of Nigeria Atomic Energy Commission in Zaria, Kaduna State.

0
Previous post Bursted: Nigerian lady arrested after she refused to return N950k which was transfered to her account by mistake (video)
Next post Update: LASU student killed by boyfriend For money Ritual, to be reburied in Lagos Tomorrow
Admin