Update: 5 things you didn’t know about Soleimani, the Iranian General whose death may cause World War III 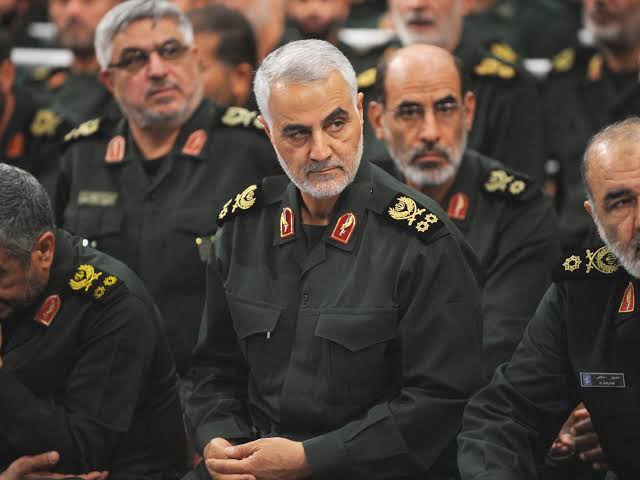 When US president When US president Donald Trump sat amongst his team of advisers, top Military Generals, VP Mike Pence and National Security advisor, Mark Esper on Friday morning, he had a choice – between ordering an airstrike that could change the dynamics of military operations in the Middle East forever or withhold his ‘Republican party’ instincts by waiting for a more provocative action by Iran before launching attacks.
He chose the former and sent a guided US Drone strike to shoot down the convoy of Qassem Soleimani, the 62-year-old head of Iran’s Quds Force, and one of the most powerful men in the Middle East, after his plane had landed in Baghdad’s airport.
I mean, why wouldn’t he? On Monday Iranian militants disguised as protesters following directions from Soleimani, stormed the US Embassy in Baghdad, and destroyed sections of the embassy, burning down the reception area.
Attacking a country’s embassy is considered an act of war in international law, so to attack the US Embassy as retaliation for US airstrikes that killed 25 Iran backed Kataib Hezbollah terrorists, when the same Kataib Hezbollah was allegedly responsible for last week’s killing of an American contractor on an Iraqi military base – was very tempting for a Trump that ran his political campaign on an ‘America First’ mantra.
The last three Republican presidents have initiated wars or ordered military invasions, so Trump even though he has claimed he wants no wars and has been on a charm offensive with North Korea’s leader will not hesitate to release America’s military might if it is severely tested. And there is a conspiracy theory that says every 20 years America engages in a war just to show off to the world that they are still the dominant world military power.. In the face of recent events, and Republican party praise over Trump’s killing of Soleimani, that conspiracy theory isn’t far off.
Meanwhile, here five things you didn’t know about the now deceased Iranian general.

1.Soleimani was described by Middle East Military Generals as “the single most powerful operative in the Middle East today” as he was the principal military strategist and tactician in Iran’s effort to combat and destroy Western influence as he helped promote the expansion of Shiite and Iranian influence throughout the Middle East.

2. Soleimani joined the military at a very young age but quickly rose through the ranks because of his bravery during the Iraq-Iran war.

3. Soleimani was a cult-like figure in Iran and was greatly feared. He led Iran’s Islamic Revolutionary Guards Corps (IRGC) Quds Force unit, and was responsible for all Iranian militia operations outside Iran. Be it Lebanon, Syria, Iraq, Afghanistan. Every Iranian military proxy operation operated through him.

4. Under Soleimani, the IRGC command “coordinated attacks, trained militias, and set up an elaborate system to monitor rebel communications outside Iran. He played a crucial role in the Syria war since 2012 and was a staunch ally of Syria’s President Bashar Al Assad.

5. Soleimani was from Kerman. His father was a farmer who died in 2017 while his mother, Fatemeh, died in 2013. Soleimani was a fitness trainer and martial artist in his youth. He had four children: two sons and two daughters.

0
Previous post President Trump to Iraq: Expect sanctions if US troops are evacuated
Next post THE DANGER OF KEEPING YOUR PHONE IN YOUR POCKET (must read for all men)
Admin