Iran Attack: Iran notified us of missile attack on US troops’ base – Iraq 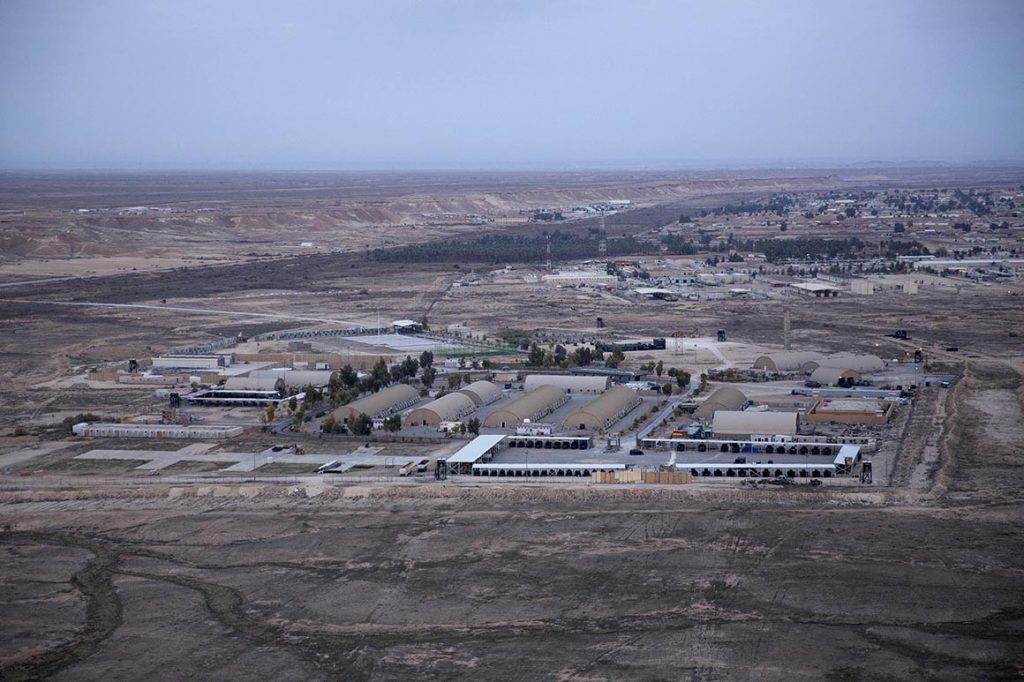 Iraq says Iran notified it of an overnight attack that targeted US troops in the country .
“We got an official verbal message from the Islamic Republic of Iran that the Iranian response to the assassination of martyr Qassem Soleimani has started or will start shortly after and that the strike will be limited to sites where the US Army is in Iraq without specifying the sites, ” a military spokesman for Iraq ’ s caretaker Prime Minister Abdel -Mahdi adds.
So far , there have been no reports about casualties among the Iraqi forces or the coalition troops stationed in Iraq , according to the official .
Abdel -Mahdi, who is also Iraq ’ s general army commander , has been holding talks aimed at de -escalation and avoiding an “open war ” that would “primarily ” harm Iraq and the region, the spokesman said in a statement , carried by Iraq ’ s state news agency INA.

“We call on everyone to exercise self-restraint , give precedence to the language of logic , abide by international charters and respect the state of Iraq , ” he added .
Recall that Iran carried out a ballistic missile attack on airbases housing US forces in Iraq early on Tuesday , in retaliation for the US killing of General Qasem Soleimani .
More than a dozen missiles launched from Iran struck two air bases in Irbil and Al Asad, west of Baghdad.
It is unclear if there have been any casualties.
The initial response from Washington has been muted.
President Trump tweeted that all was well and said that casualties and damage were being assessed .
Two Iraqi bases housing US and coalition troops were targeted , one at Al Asad and one in Irbil , at about 02: 00 local time on Wednesday ( 22: 30 GMT on Tuesday ) .
It came just hours after the burial of Soleimani , who controlled Iran’ s proxy forces across the Middle East .
Iran’ s Supreme Leader Ayatollah Khamenei said the attack was “a slap in the face” for the U . S. and called for an end to the U . S. presence in the Middle East .
Echoing him , President Hassan Rouhani said Iran’ s “final answer ” to Soleimani ’ s assassination would be to “kick all U . S. forces out of the region”.
Iraq ’ s Prime Minister Adel Abdul Mahdi said Iran warned him that an attack was imminent and only areas with U . S. troops would be targeted .
There were no reports of Iraqi casualties, he said.
Just hours after the missile strikes a Ukrainian airliner crashed in Iran shortly after take-off .
There is no evidence that the two incidents are linked .
Several airlines have announced they are avoiding both Iranian and Iraqi airspace amid the rising tension .

0
Previous post I am Weeping Because of What I Know that would Happen in Nigeria, Pray For Christians in Nigeria Especially The Igbo People – Egyptian Muslim cleric
Next post OMG! Soldier suffers mental illness after returning from Boko-Haram’s war, Kills two, stabs wife, son.
Admin