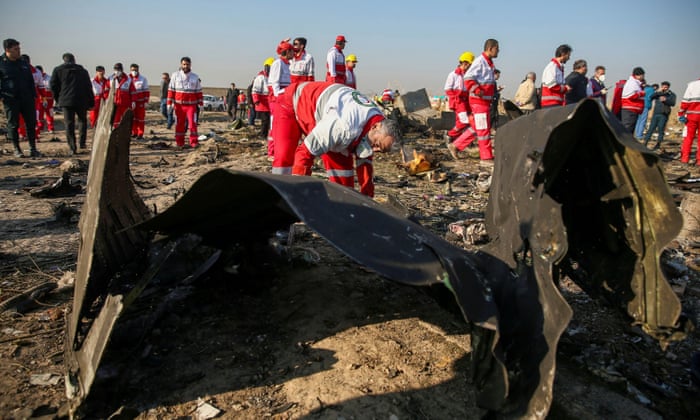 DUBAI (Reuters) – Iran “deeply regrets” the accidental shooting down of a Ukrainian airliner earlier this week, Iranian President Hassan Rouhani said in a tweet on Saturday.
“The Islamic Republic of Iran deeply regrets this disastrous mistake,” he wrote on Twitter. “My thoughts and prayers go to all the mourning families. I offer my sincerest condolences.”
The investigation will continue, Rouhani wrote in a separate tweet.

All 176 people aboard the airliner were killed in the crash shortly after takeoff.
(Reporting By Babak Dehghanpisheh; Editing by Shri Navaratnam)