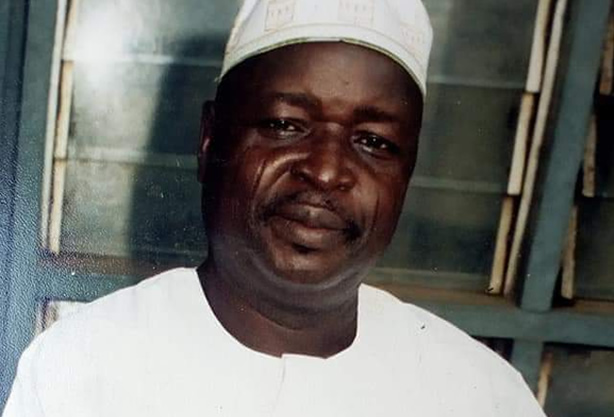 The Yoruba genre of Nollywood has again been thrown into mourning following the death of talented thespian , Toyosi Arigbabuwo .
Our correspondents gathered that Arigbabuwo died in Ibadan , Oyo State, on Monday after a brief illness .
His death was painful and shocking to many stakeholders particularly as the movie industry genre not long ago lost thespians like Samuel Akinpelu otherwise called Alabi Yellow and Fasasi Olabankewin popularly called Dagunro .
Some filmmakers and actors have also bemoaned the loss .
Filmmaker , Niji Akanni , pained by the news, mourned the actor on his Facebook page.
He wrote , “And so , death plucks another of the brightest of Yoruba cinema . Alhaji Toyosi Arigbabuwo , veteran theatre and film actor and an exemplary gentleman. I had the honour of working with this consummate craftsman and a director’ s delight twice; on “Aramotu ’ ( 2009) and in ‘ Heroes and Zeros ” ( 2011) .
“On both sets , he gave from his immense talents much more than the scripts asked for. But most importantly, his courteous, respectful and friendly disposition was an unforgettable lesson in that ancient Yoruba ethos of Omoluwabi. . Go well , Arigbabuwo . You were a great talent and a beautiful person . ”

Director and actor , Kunle Afod , simply wrote on his Instagram page, “Gone to be with the Lord ”, after uploading the deceased ’ s picture .
On her part , actress Jaiye Kuti , simply wrote , “Rest in peace . ”