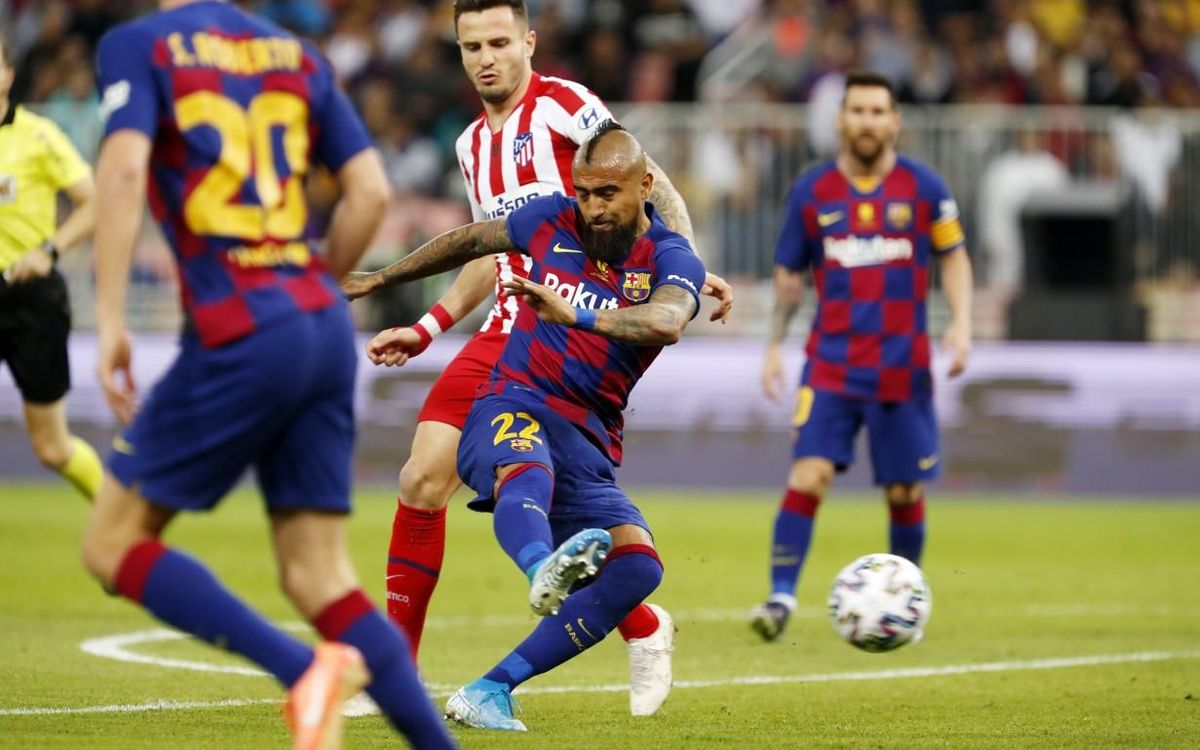 Gorgeous Colombian fitness model, Sonia Isaza has been reported to be the reason Barcelona midfielder Arturo Vidal and his wife Maria Teresa Matus broke up.
Vidal and Maria ended their 10-year marriage, after the midfielder was caught cheating with Sonia, as the couple were expecting their third child.
Uruguayan TV presenter Claudia Schmidt recently reported 32-year-old Vidal as Play Boy.
Schmidt said that the former captain of the Chilean national men’s football team had cheated on his ex-wife Maria Teresa Matus with Sonia Isaza.
Vidal and Sonia is said, follow each other on social media platform, Instagram.
Sonia has an approximately three (3) million followers on the platform.
Meanwhile, Vidal could leave the Spanish La Liga giants for Serie A side, Inter Milan.
With Quique Setien named as the new gaffer by the Catalan club, the future of the Chilean at the Camp Nou is uncertain.
Vidal played under Conte while with Serie A side, Juventus.

Another source from The sun uk

Chilean international Vidal, 32, made their relationship official in 2018 but it seems to have come to an end after less than three years together.
The pair stopped following each other on Instagram which sparked reports of a break-up.
media report the fitness model recently posted several videos to her army of 2.8 million followers where she was seen singing popular love songs about heartbreak.
‘Murio el Amor’ (The Love Has Died) performed by popular Colombian singer Paola Jara was just one of them.
One of the lyrics Isaza was seen singing in a post was: “And I have already decided to take you out of my memory.
“I have made the oath to erase you from my history.
“It hurts the heart, you killed the illusion and even though it hurts to say, here, the love has died.”