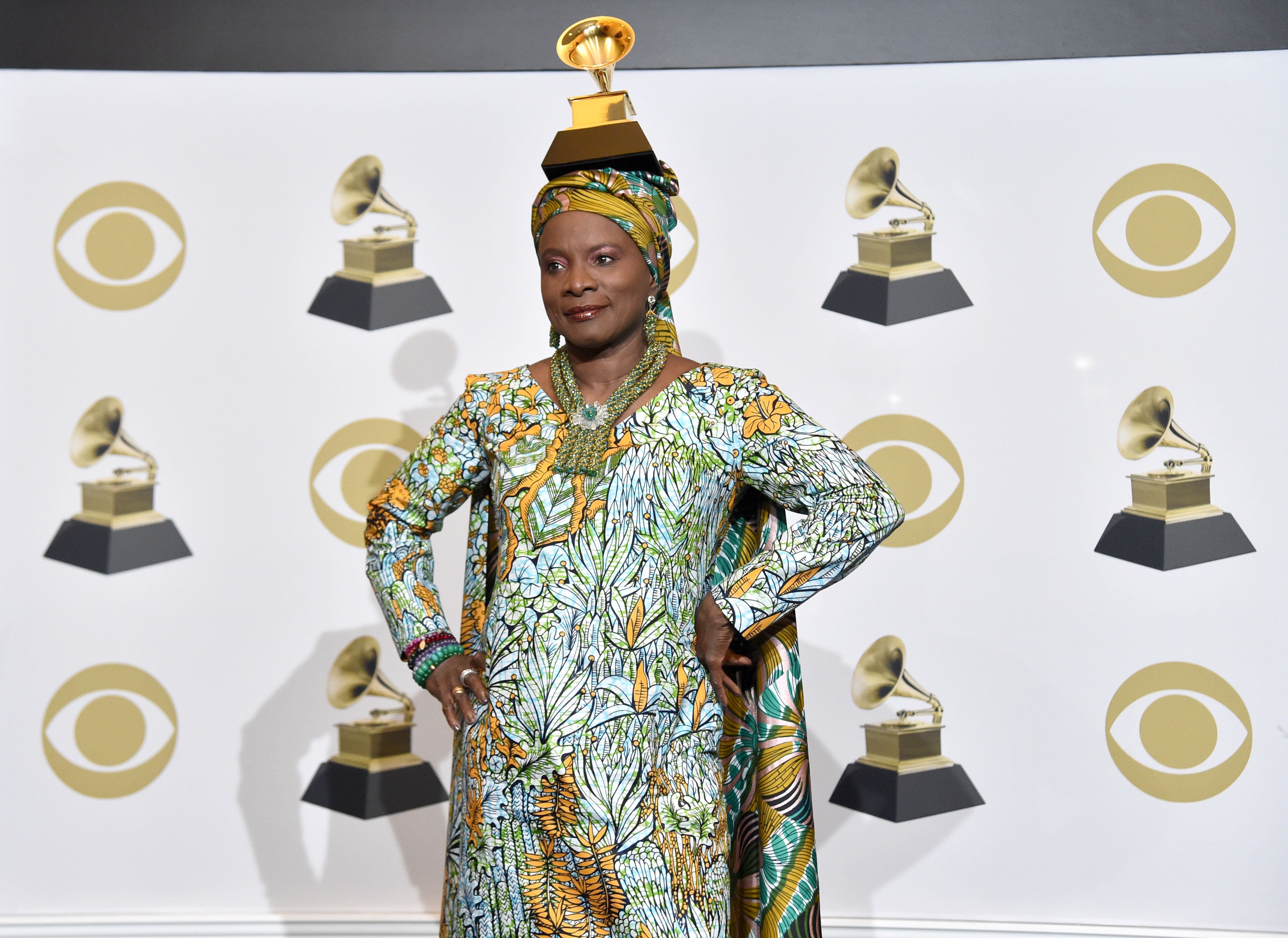 “The new generation of artists coming from Africa are going to take you by storm, and the time has come” said Kidjo during her acceptance speech.
Angélique Kidjo just picked up the Grammy award for ‘Best World Music’ for her album ‘Celia,’ and she used the opportunity to shout out fellow artist
Burna Boy , who was also up for the award.

While accepting her award earlier today, the singer took the time to praise the wealth of new talent coming from the continent. “The new generation of artists coming from Africa are going to take you by storm and the time has come.”
Though the World Music category remains a dubious one, Burna Boy’s nomination was a major milestone for contemporary African music and the significance was not lost on Kidjo. “This is for Burna Boy, [he] is among those young artists [who] came from Africa [who] are changing the way our continent is perceived, and the way African music has been the bed rock for every [type] of music,” she remarked.

Kidjo and Burna Boy collaborated on the track
“Different” a standout from his hit album African Giant, that also features Damian Marley. Burna Boy has expressed being a major fan of the celebrated artist on several occasions.
This marks Kidjo’s fourth Grammy win. Her album
Celia pays homage to the late Afro-Cuban singer
Celia Cruz , who Kidjo described as someone who “never shied away from her African heritage,” in an interview with OkayAfrica last year.
See part of Kidjo’s speech in the clip below and check here for more news on African artists at the 2020 Grammys. We’ll keep you posted on more winners as they’re announced.

We will take this.