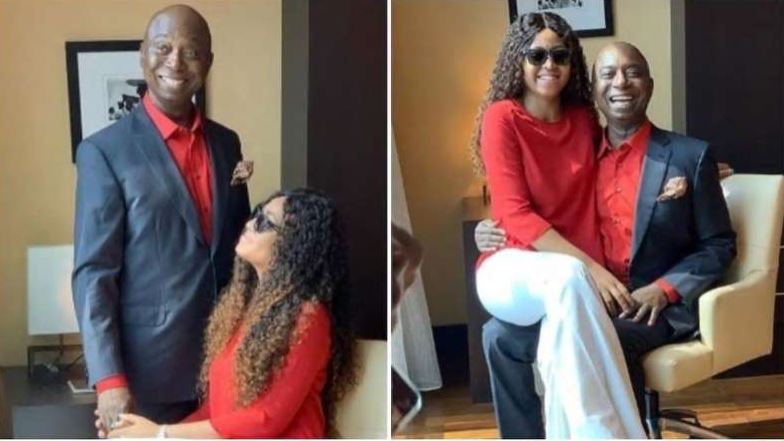 I once told my father I‘ll marry his mate, says Regina Daniels

Popular Nollywood actress , Regina Daniels Nwoko , once told her father that she would marry his mate.
Regina , according to a statement issued on Wednesday by the spokesperson of Prince Ned Nwoko Foundation , Niyi Ifetayo , said this in her new celebrity magazine , “Regina . . . Celebrating Nigerian Super Diva ” , scheduled to be presented to the public next month ( February ) in Abuja.
He said , ” The wife of billionaire philanthropist, Prince Ned Nwoko , will launch her own celebrity magazine called Regina on February 12, 2020, in Abuja.
” The maiden edition which is billed to roll out that day featured her exclusive interview where she confessed that she once told her dad that she will marry his mate.

” We confirmed that the magazine publication is meant to be celebrating Nigerian super divas , those female folks who have succeeded in their lives ‘ endeavours and also to inspire the upcoming young ones .
” The focus of the magazine will be entrepreneurship , and entertainment, Nollywood reviews, politics , business among others .
” Notable actors , actresses , and top – notch celebrities are expected at the launch . Regina is also the owner of RET – Regina Entertainment Television . “

0
Previous post ANNY D – MARINA
Next post Is he cheating on you? See the Top 5 easy Way To Catch A Cheater
Admin