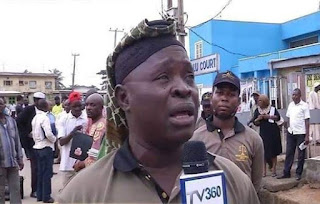 In a press release on Monday, signed by its Director, Professor Ishaq Akintola, the group stated that the name “Amotekun” was taken from the Bible and can not be embraced by Muslims in the region.

According to the group, the choice of nomenclature is controversial because it has a strong Christian identity.

It also questioned why ‘Amotekun’ was chosen as a name as “research has revealed the biblical origin of this name and it makes Muslims suspicious.
Why Amotekun of all brands?”
It asked.

MURIC stated that Amotekun initiative can be traced to Jeremiah 5:6 which reads: A leopard shall guard over their city.

It then advised Governors in the region to change the name of the security outfit as it was deliberately chosen “from the bible in order to score a spiritual point.”