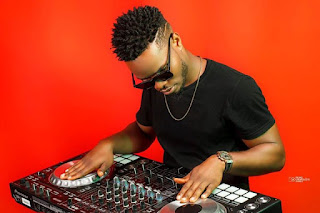 Port Harcourt Popular Dj Shot Dead By Unknown Gunmen
A Port Harcourt base popular DJ known as DjFlexzy Wheelz has been reportedly shot dead by unknown gunmen. The ugly incident occurred at the early hours of today been 15th of February, 2020.
According to the information from a close friend, the deceased was shot at the neck from a close range just on his way home from a party he hosted on valentine day.
DjFlexzy Wheelz was the chief host of the “Traffic Light Party” which took place yesterday at the Hakarat Mall somewhere along Obi Wali road Rumuigbo in Port Harcourt, where he displayed historic performances but unfortunately could not make it home safely after entertaining his fans on valentine day.
His family members, friends and fans has taken it to social media as they mourn their departed friend and brother. His remains has been taken to the morgue by his family while awaiting burial.