Is Tyson fury a Nigerian or is he sending a message to Anthony Joshua? See Why 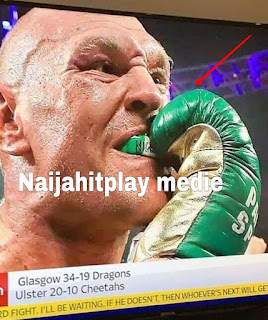 Tyson Fury has sent a message to Anthony Joshua, to signal his interest in taking on the Nigerian-born boxer. 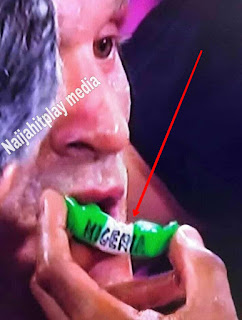 Joshua is proud of his Nigerian heritage and is frequently seen donning both the British flag and the Nigerian flag. His parents were both born in Nigeria, and they moved to the UK when they were 25. Joshua was also born in Nigeria and commonly visits his former homeland.

Fury’s decision to wear the gum shield, which also had the word ‘Nigeria’ written across the front of it, maybe a subtle way of calling out Joshua. Fury was spotted wearing the gum shield during the fight, as well as after.

Joshua, who regained the WBA, IBF and WBO belts, is also keen on landing a blockbuster unification showdown with Fury.

“I think Fury would fight me quicker than Wilder would, so, if that’s the case, I want him to win. Imagine that fight on British soil.

With Fury knocking out Wilder, both Fury and Joshua may soon slug it out for the undisputed heavyweight crown.