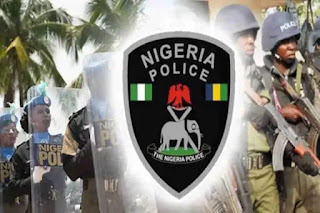 Students of Federal College of Education have allegedly shot Mr. Gabriel Amawu, a Divisional Police Officer in charge of the Obudu division in northern Cross River State dead.
The incident took place on Tuesday night when students said to be from the College in conjunction with village hoodlums went to rescue some students arrested and detained in the station.
A source in the area who prefers anonymity told Vanguard that  “Some youths and students of the  College were celebrating an end to their examinations when Amawu, suspecting criminal activity, made some arrests which degenerated into a protest by the students”.
The students then mobilised and went to the station to protest the arrest of their colleagues and in the ensuing confusion, the DPO was shot.
DSP Irene Ugbo the Public Relations Officer for the Cross River Police Command said the “DPO was shot right in his office by people suspected to be students of Federal College of Education, Obudu”
Irene said some of the suspects are in police custody while the remains of Amawu have been evacuated.
In a related development, a Senior Secondary School Student of Government Secondary School, Calabar Municipality local government area in Cross River State, has been arrested for allegedly stabbing a fellow student.
Eyewitnesses said the suspect, said to be a cultist brought out an axe and cut through his fellow student’s head during school hours yesterday, Tuesday, thereby leading to pandemonium in the school.
The suspect was however caught and handed over to the men of the Anti-cultism Unit of the Nigeria Police, Calabar.
The Special Adviser on Education to Governor Ben Ayade of Cross River State, Castro Ezama, who was at the school at the time of the ugly incident, condemned the dastardly act.
The suspect is alleged to have attempted to stab another student of the school during a cult operation before his arrest.

0
Previous post If Nigeria government Declares No Laws, No Punishment For 24hours: What Will You Do? see Nigerians Reaction
Next post Buhari is Not Involved In Dethroning Sanusi As Emir of Kano, Ganduje and Sanusi war didn’t start today, See what really happened
Admin