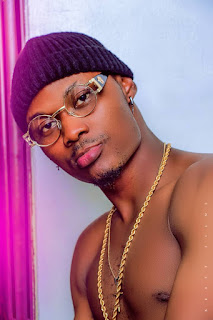 Tell us about yourself.
(My Name is Ayoade Abiola, A Nigerian “Laugh”, a native of Iwo in Osun State. I’m a Graduate of Houdegbe North American University Cotonou Benin Republic where I attained a Bsc In Computer science.) 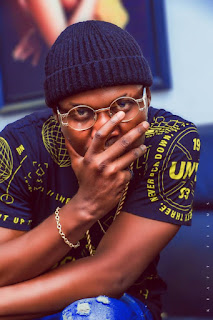 What first got you into music?
(I’ve always been a lover of music from childhood,I grew up listening to different genre of music, I actually got the passion to go into music in year 2005, I realised I have a calling and just couldn’t resist and then I started out as a rapper.)
Who inspired you to make music? 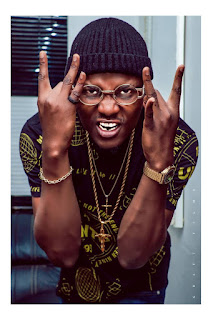 (I look up to quite numbers of Great Artistes amongs which are 2Baba, Dbanj, Wande Coal, The Psquare Brothers just mention a few. The Major Influence on my kind of Sounds Come from the legendary Fela Anikulapo Kuti “BABA 70”)
How would you describe the music that you typically create?
(Its An African Classical Music though you can find me Infusing other kind of Genre but the Originality will be felt)
What is your creative process like?
(It’s Unsual, you can find me and SAM KINGPIN my day one producer creating sounds from almost anything we hear or feel, I think the most  interesting part is how we come to finally blend different ideas together and turn it to a song)
Who would you most like to collaborate with?
(I Would love to collaborate with Kizz Daniel, Adekunle Gold, Davido, Brymo, Asa )
If you could go open a show for any artist who would it be?
(Davido)
What is one message you would give to your fans?
(There is Joy in self-discovery, do what gives you a sense of fulfilment)
What is the most useless talent you have?
(Hmmm, Can’t think of one)
Do you sing in the shower? What songs?
(Who Doesn’t? “Laugh” I love singing Brymo, Kizz Daniel Songs Most times)
What would you be doing right now, if it wasn’t for your music career?
(I love computers So definitely I would be working as a Computer Scientist )
Where have you performed? What are your favourite and least favourite venues? Do you have any upcoming shows?
(I Have performed in several clubs and events in Ibadan and Lagos, like De Rock Club, Mauve 21, Club Switch, I’ve had the opportunity to share stage with the likes of  Dbanj, 9ice, Reminisce.)
How do you feel the Internet has impacted the music business?
I Believe the Internet has contributed in a big way in the music business in terms of Media sharing, Bridging Gaps between Fans and celebrities, getting more information and getting materials to improve on one’s craft)
What is your favourite song to perform?
At the Moment I don’t have a favorite, but I’ll be a body of work soon and I’m dropping a single soon titled BODY it’s a song to watch out for, I look forward to trilling fans with
Amazing performance.)
Which famous musicians do you admire?
WIZKID, DAVIDO, 2BABA, DBANJ, CHRIS BROWN, USHER
What is the most trouble you’ve ever gotten into?
I recall one time I was washing my Mum’s Car, I decided to testing my driving skill ended up causing a mess, My Mum got really angry at me, she could have beaten me but I was big boy ‘Laugh”
What is the best advice you’ve been given?
Feed your Goal and Stay Focused
If you could change anything about the industry, what would it be?
What’s next for you.
My Plan is not to be the best but to be one of the best Art The World has ever experienced. I am working really hard on my sound and Craft in general, you can say I am a work In progress, I’m determined to Pursue this dream of mine and With God’s Grace I am coming out Strong..

It takes me just 3 hours to write and record a dope song - SDee ClassicBriefly tell us a bit...