China is accused of hiding the findings of acoronavirus expert – known as “Bat Woman” – after she quickly identified the genetic make-up of the new strain that has infected millions.Wuhan-based virologist Shi Zhengli is one of the world’s top researchers on coronaviruses and has discovered dozens of deadly SARS-like viruses in bat caves.She studied samples taken from some of the first people to become infected with the new and then-mysterious respiratory illness in China in December and found it was similar to SARS.It was identified as a novel coronavirus and within three days she completed its gene sequencing, but it is claimed she was “muzzled” and ordered not to reveal any information about the new disease. 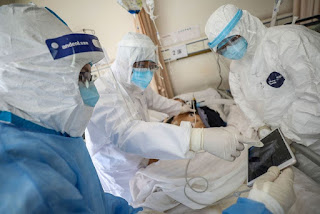 The claims are the latest that point to a cover-up by Chinese authorities who failed to contain a virus that emerged in Wuhan and then spread around the world.Chinese journalist Gao Yu said he spoke to Shi during his incarceration in Wuhan, which was locked down for more than two months, and she told him her findings were hushed up, theMail on Sunday reported.The journalist added: “We learned later her institute finished gene-sequencing and related tests as early as January 2 but was muzzled.”That same day, Yanyi Wang, director of the Wuhan Institute of Virology, told staff not to reveal any information about the disease, it is claimed.After local doctors were detained for warning locals about the virus, the director claimed “inappropriate and inaccurate information” was causing “general panic”.She ordered staff not to post any information on social media or speak to the media.